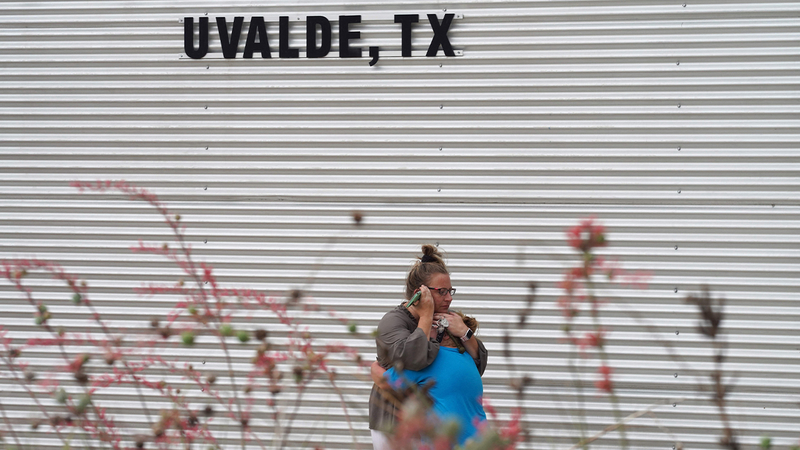 'People are getting numb': Texas mom reacts to mass shoot at school

A small town thrust into a nightmare as anguished families clung to one another waiting for the news - they all knew would come.

"If my kid was with me I'd be at home right now. I'm home because my daughter was involved with the incident something happened we don't know her status," Alfred Garza said.

Texas Governor Greg Abbott said the state of Texas "is in mourning" with the families who lost their children.

"For the reality that these parents are not gonna be able to pick up their children," Abbott said.

The carnage descended on Robb Elementary School just before lunch on a hot spring day.

When a shooter identified as Salvador Ramos, an 18-year-old student at the nearby high school, donned body armor, picked up an AR-15 style rifle and numerous magazines and stormed a fourth-grade classroom.

"I'd hoped when I became president I wouldn't have to do this again," President Biden said. "Tonight I ask the nation to pray for them and give the parents and siblings to help. As a nation, we have to ask when in gods name are we gonna stand up to the gun lobby and do what we all know in our gut needs to be done."

Among the dead were two adults. The gunman also shot and wounded his own grandmother, before the siege.

And the class teacher Eva Mireles, who once taught Audrey Garcia's daughter, Gabby.

Through her grief, Garcia shared what's become her biggest fear.

"Sadly that it's just another event," Garcia said. "That's what I'm afraid it's going to be chalked up to because we go through this as a country almost every day. And people are getting numb to it until it happens to them."