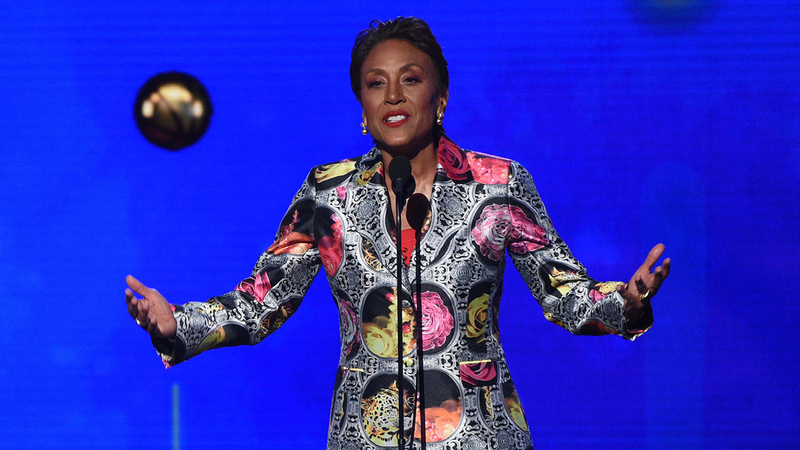 Robin Roberts honored for courage at the 2019 NBA Awards

''Good Morning America'' anchor Robin Roberts was honored Monday night at the NBA Awards with the Sager Strong Award. The honor was named after Craig Sager, the famed sideline sports reporter who passed away in 2016 after a battle with acute myeloid leukemia.

Roberts, who has fought cancer herself and advocates for the term "thriver" rather than "survivor," said the award means a lot to her because of Sager's legacy.

"Although the outcome for Craig was not what had hoped for, not what we prayed for - his journey, his valiant fight was every bit as powerful and meaningful to all of us who fight on in his memory," she said while accepting the award.

The Sager Strong Award is given to someone who has become a trailblazer known for courage and leadership. Sager himself was honored during his lifetime for his bravery in the face of challenges. He was the 2016 recipient of the Jimmy V Award for Perseverance at the EPSYS.

In addition to his personality, Sager was known for his wardrobe. During the NBA Awards ceremony, Roberts was given a Sager jacket to wear.

"The only time that I am at a loss of words when it comes to Craig -- his wardrobe," she said. "I cannot wait to wear this on the air." 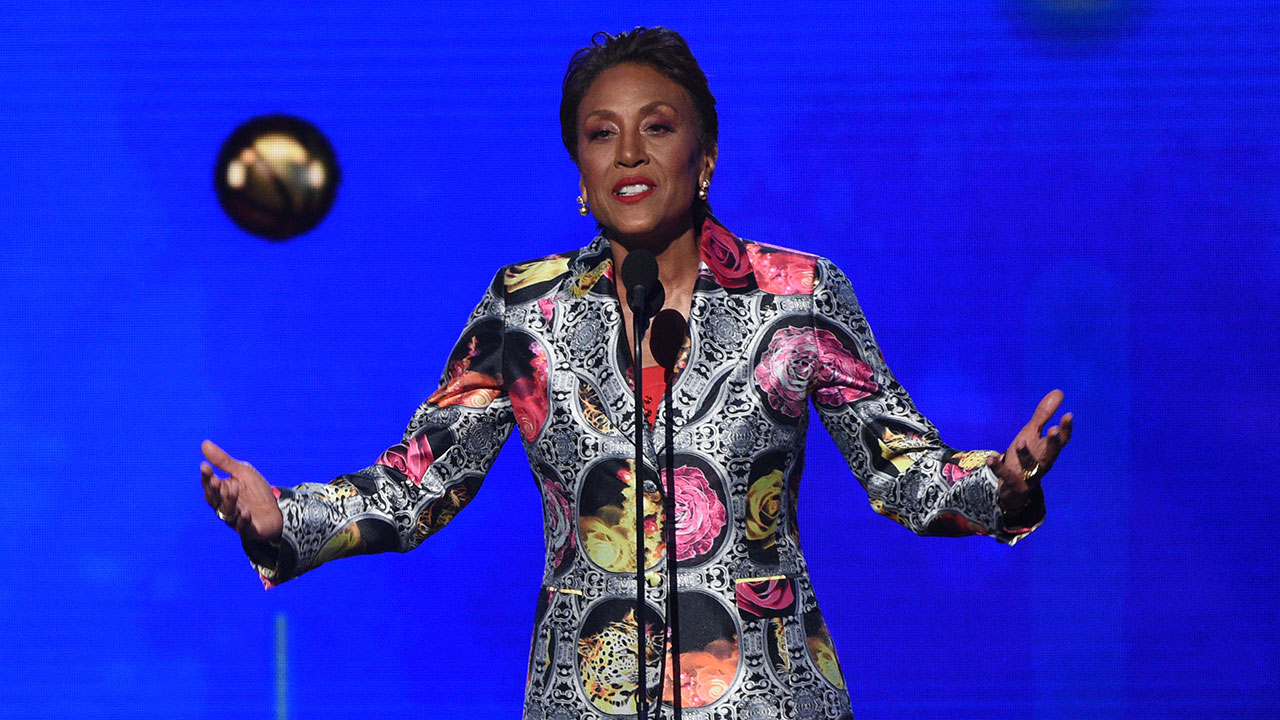 After the ceremony, the decorated journalist gave an emotional interview with ABC News in which she reflected on why she does not take awards lightly.

"I'm just a little girl from Mississippi. I know my mom and dad are just -- " she said, pausing to take a moment. "They just wanted us to be respected. They wanted us to work hard and earn whatever would come our way."