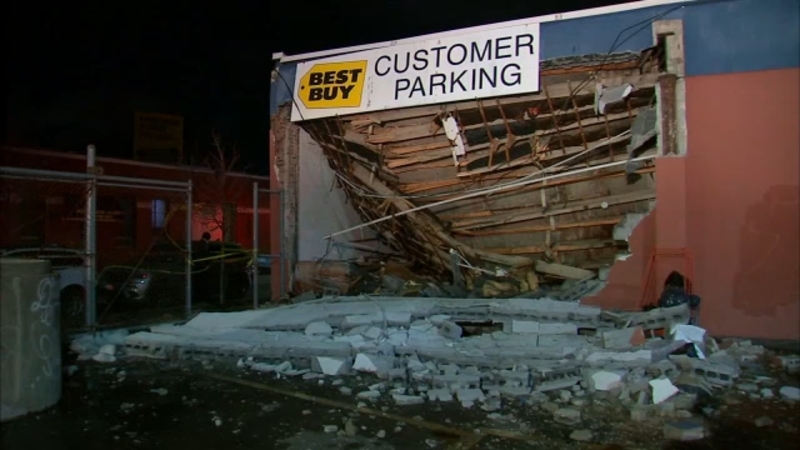 ASTORIA, Queens (WABC) -- The FDNY is responding to what appears to be a a partial roof collapse at a Best Buy storage unit in Queens.

The incident was reported Monday night at the store on 32-49 49th Street around 7 p.m.

Officials said they first noticed the side of a wall had collapsed and there was a heavy gas odor.

Upon further investigation, Department of Buildings inspectors found that the roof had collapsed in and knocked over about 25 feet of brick wall which collapsed into the adjacent parking lot.

They say gas plumbing lines and the building's sprinkler system were also damaged in the collapse.

No one was trapped or hurt during the incident.
The storage unit for Best Buy was closed at the time.

Con Edison responded to the scene to shut off gas to the building.

DOB officials say the rest of the building is currently stable and does not pose an imminent danger the public.

Officials believe the incident could have stemmed from a structural deficiency. At first they suspected it could have been an explosion, but that would have caused more damage.
It is unknown if weather played a factor in the collapse.

Officials have ordered the property owners to install a construction fence around two sides of the building.

They are also asking the owners to come up with a plan to repair it.

A violation was issued to the owners for failure to properly maintain the warehouse building.