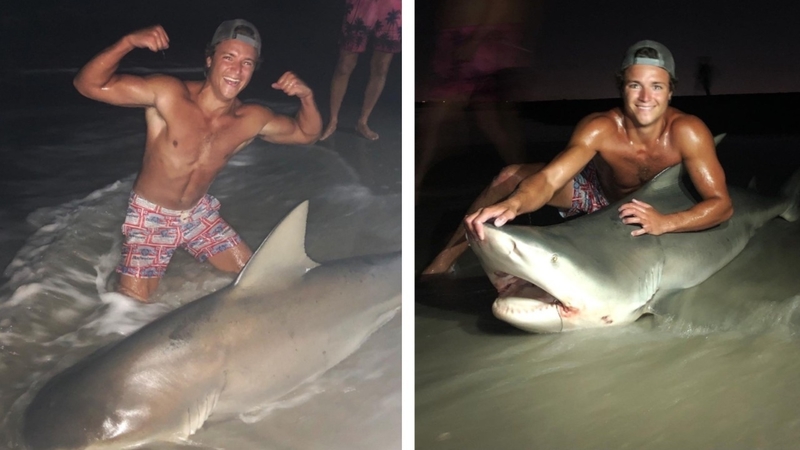 HEMPSTEAD, Nassau County (WABC) -- Another shark sighting pulled swimmers out of the water Friday, raising the number of instances to 11 since Monday.

A Town of Hempstead lifeguard with the newly formed Shark Patrol spotted the shark off Lido Beach just before 4 p.m., halting swimming at all Town of Hempstead ocean beaches from Civic Beach to Town Park Lido West beach.

The Shark Patrol consists of Jet Ski watercraft and the deployment of a team of lifeguards on a Bay Constable boat to monitor the waters as needed during this period of shark sightings. Nassau County also has enhanced helicopter patrols and intensified marine ocean patrols.
EMBED More News Videos

Meantime, TJ Minutillo, 21, of Manhasset, showed up to the press conference and shared his amazing story of reeling in a bull shark at Nickerson Beach in Nassau County.