WABC
By Eyewitness News
BAY RIDGE, Brooklyn (WABC) -- Police have arrested a man in the murder of a Brooklyn man who was shot while walking his dog.

Police responded to a 911 call and found 62-year-old Michael Skully with gunshot wounds to his head and shoulders.

He had made his way back toward his home where he collapsed.

The victim was rushed to NYU Langone Hospital-Brooklyn where he was pronounced dead.

Police say Skully apparently got into a fight with the suspect on the corner, and then he was shot.

Video shows the scene after a man walking his dog was shot just before 7 a.m. in Bay Ridge, Brooklyn.

They were able to identify a person-of-interest using surveillance video in the area and later arrested 52-year-old George Vayos.

Police say Vayos lives several blocks away and was unfamiliar to the victim, who has lived in the neighborhood for decades.

While walking his dogs Monday morning, Skully is believed to have spotted the suspect acting suspiciously and confronted the suspect, police say. It remains unknown exactly what was said.

Vayos is facing charges of murder and criminal possession of a weapon.,

Detectives tried to get answers from the suspect, but he refused to talk to them during questioning, so they charged him with the murder. A pistol permit was recovered among his possessions, but it was fake.

The victim's local city council member spoke out on Twitter about Skully's death and thanked police.

Michael loved this neighborhood, loved his friends, and always looked out for his neighbors. He was the old school “Mayor of the block” and would give you the shirt off his back.

Please continue to keep his family in your thoughts and prayers during this impossible time.

An arrest has been in made in the senseless murder of Michael Scully.

I commend Captain Tolson, @NYPD68Pct and the Brooklyn South Detective Squad for their swift police work in apprehending this suspect and getting him off the street in a matter of hours. #BayRidge 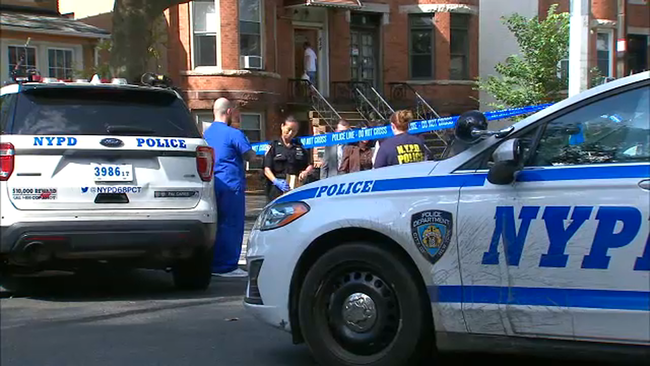