Community rallies for peace after attacks against Sikh men in Queens 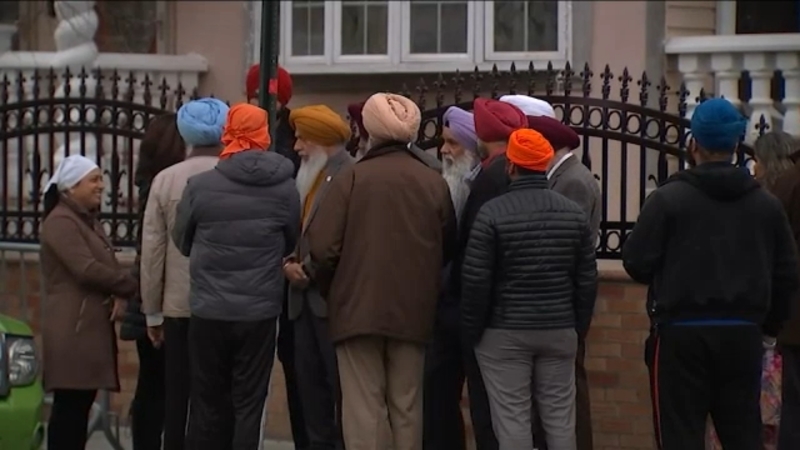 Community rallies for peace after attacks against Sikh men in NYC

In the driving rain Thursday night, members of the Richmond Hill Sikh community prayed for peace.

They prayed after three of their own were preyed upon, on the very same corner.

"Hit me with a stick my head, kicked me in my head," one man said at the rally.

Two men, one 64 years old, the other 76 years old, detailed how Tuesday morning, two men jumped them at 95th Street and Lefferts Boulevard, yanked off their turbans and pummeled them with closed fists and a wooden stick.

Their injuries, fortunately, were superficial. But their pain is searing and deep.

But this was the second attack on Sikhs in a week and a half.

On April 3, 70-year-old Nirmal Singh was the victim when he was sucker punched from behind, leaving him with a broken nose and covered in blood.

In that case, police arrested 19-year-old Vernon Douglas and charged him with a hate crime.
EMBED More News Videos

A 19-year-old Brooklyn man has been arrested and is facing hate crime charges in an attack on a Sikh man in Queens last week.

Police say this week's case is unrelated, even though it happened on the same corner.

They've already caught one of the two assailants and charged him with hate crime robbery.

"I just don't see any reason why someone has that type of mentality. Why wouldn't they just come up and ask who we are," said Sukhjinder Singh Nijjar of the Sikh Culture Society.

But the truth is, the Sikh community has been swept up in a raging river of hate.

As police continue their search for the remaining suspect, people in this community wonder if they will be next.