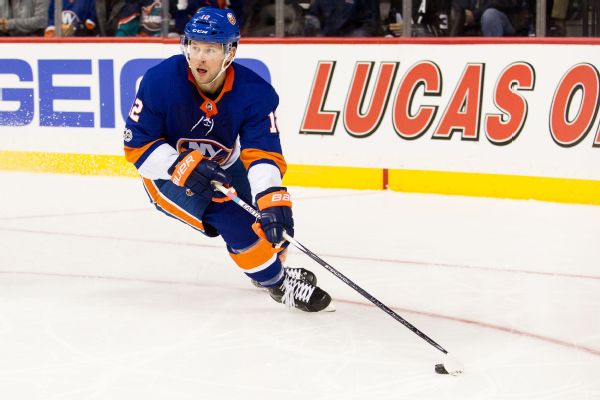 NEW YORK -- Josh Bailey agreed to a six-year, $30 million deal Friday to stay with the New York Islanders instead of testing free agency this summer.

The 28-year-old forward, selected to his first All-Star appearance last month, has 15 goals and 47 assists this season -- already setting career highs for assists and points (62). Bailey is tied for seventh in the league in assists and third on the Islanders in points, behind rookie Mathew Barzal (65) and captain John Tavares (64).

"Josh has become one of the core members of the New York Islanders," general Manager Garth Snow said in a statement. "To come into the past few seasons and see Josh set new career highs each year, has been impressive and we're excited to see him continue to do that with the organization as we move forward."

Bailey's contract status was largely overshadowed this season by that of Tavares, who is also in the final year of his deal.

Selected by the Islanders in the first round, No. 9 overall, in the 2008 NHL draft, Bailey has 121 goals and 247 assists in 697 games over 10 seasons in New York. He also has four goals and seven assists in 22 career playoff games.