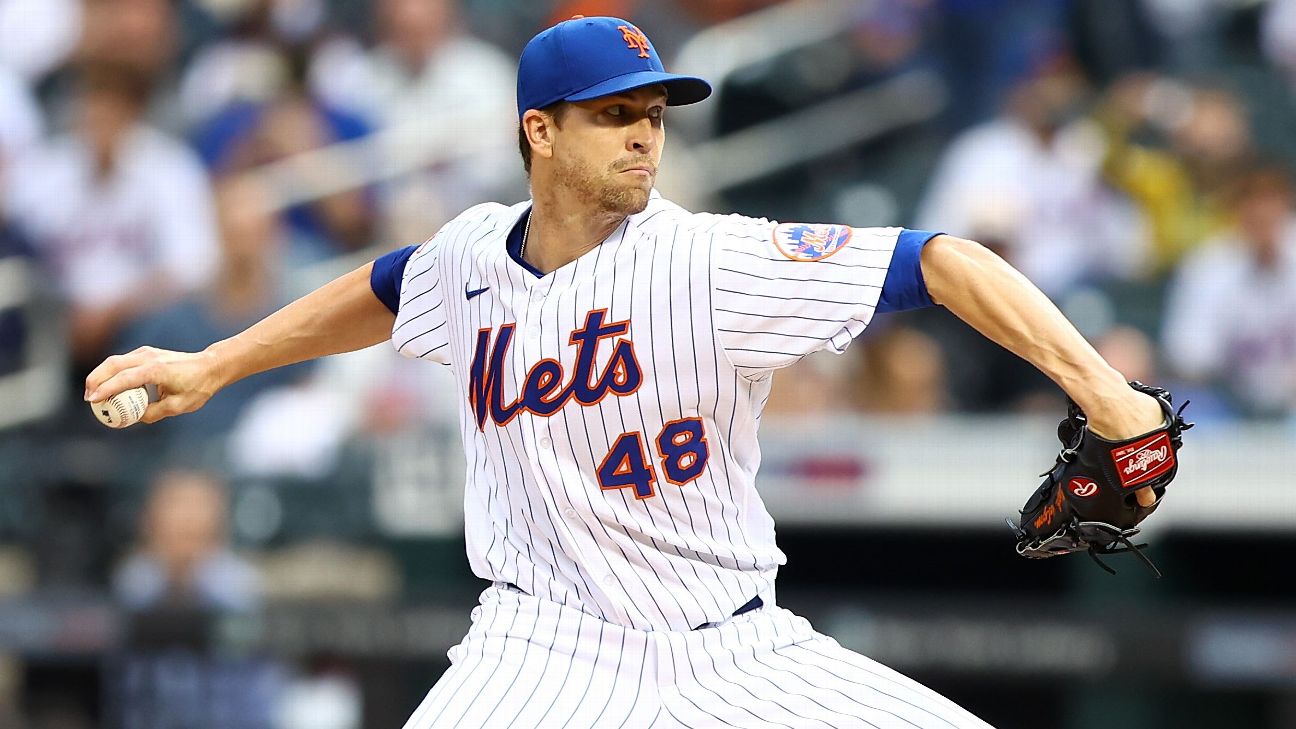 Already the best pitcher in MLB over the past few seasons, two-time Cy Young Award winner Jacob deGrom has taken his game to another level in 2021.

Armed with a 100 mph fastball and a devastating slider, the New York Mets' ace is primed to make a run at Hall of Famer Bob Gibson's seemingly unbreakable modern single-season ERA record of 1.12 -- set 53 years ago in 1968 -- with a campaign that could rank among the best baseball has ever seen.


Will the 33-year-old right-hander break Gibson's hallowed mark? Will he stay healthy enough to pitch a full season? Will he drive in more runs at the plate than he allows on the mound? Will he help pitch a hapless Mets offense into the playoffs? Will he ultimately be the rare pitcher to take home an MVP Award?

DeGrom pitched five innings of the first game of a doubleheader on Monday, giving up one hit, walking two and striking out six-- and giving up zero runs -- in a 4-2 win over theAtlanta Braves. He has had 30 scoreless innings in a row.

We'll have you covered with everything from his record pace to his best performances.

So far this season, deGrom isn't just on Gibson's record pace -- he's eclipsing it. Here's how deGrom's 2021 numbers compare to the same point in the Cardinals ace's legendary 1968 campaign. 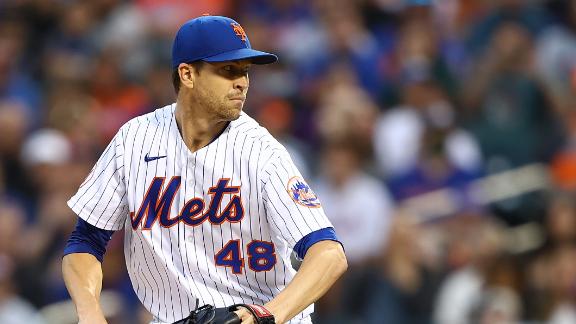