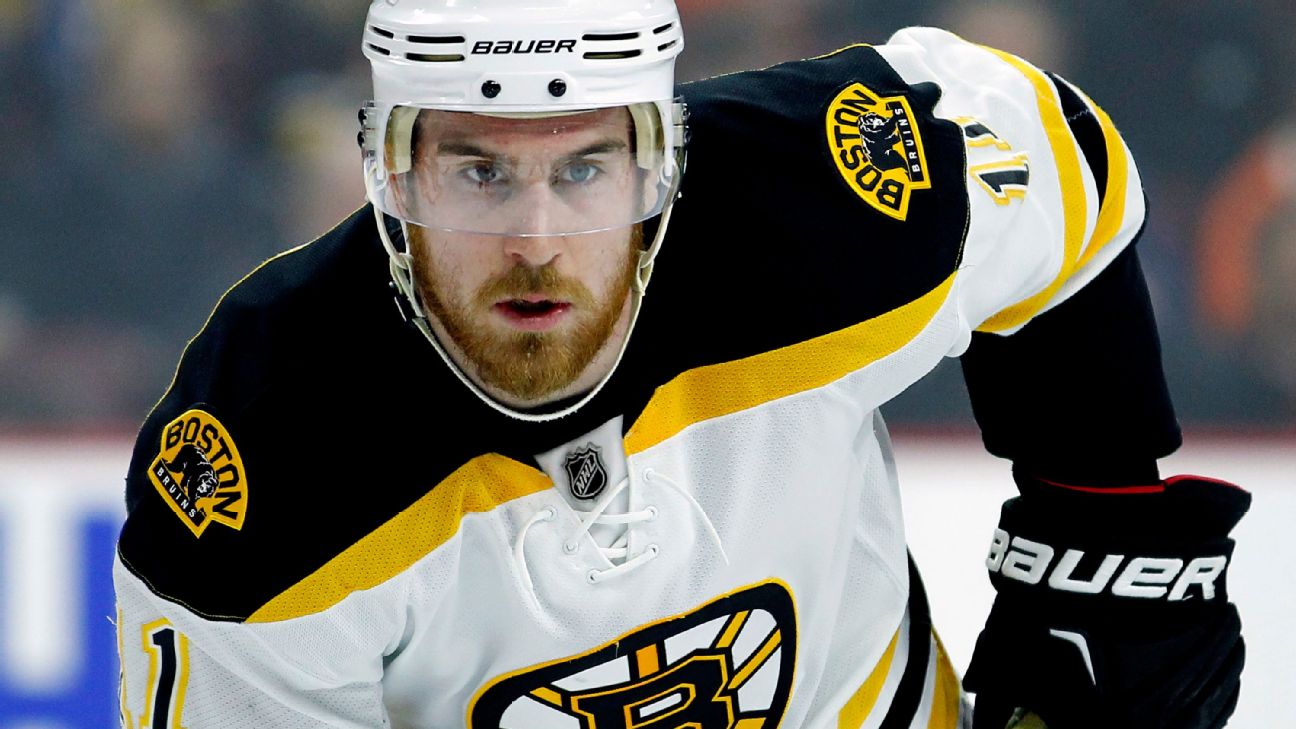 Former NHL player Jimmy Hayes had cocaine and fentanyl in his system when he died, his family told The Boston Globe on Sunday.

Hayes was found dead at his home in the Boston suburbs on Aug. 23, the day after celebrating his son's second birthday. He was 31.


"I hope getting Jimmy's story out there can save someone's life," Hayes' father, Kevin, told the Boston Globe. "If this can save someone from the pain, great. It's just so sad. I pride myself on being pretty mentally strong. I'm a street guy. But there's just no formula for this. You have a beautiful, All-American boy who made a terrible mistake and it cost him his life.''

Jimmy Hayes' wife, Kristen, told the newspaper that she received the toxicology report from the Massachusetts state medical examiner on Friday. She took the call when she was en route to New Jersey to attend a Devils-Blackhawks game, which featured a pregame tribute for Hayes.

"I was completely shocked,'' Kristen told the Globe. "I was so certain that it had nothing to do with drugs. I really thought it was a heart attack or anything that wasn't that [drugs]. ... It didn't make any sense, so it was hard. I was hoping to get a different phone call when they called. I was hoping to get some clarity and I was shocked to hear that it was that. ... He never showed any signs of a struggle at home.''

Kevin Hayes said that 16 or 17 months ago he noticed "a little change" in his son's behavior.

"I went to him and I said, 'I think there might be a problem here with pills,'" Kevin Hayes told the Globe. "He had had an injury for a while and I think he started taking the painkillers and they get you. I said, 'Jim, I think I see a problem here.' And he's 31 years old, so I can't tell him to go get help. So I said, 'When you want help, I'll be here for you, pal. Let me know.'

"He called me three weeks later and said, 'Dad, I'm hooked on these pills. I got injured and I started taking them and I never got off.' And I said, 'Well, let's get you some help.' He went to a place up in Haverhill. So he gets help and everything was on the path to recovery I thought. But this [expletive] is so powerful.''

Hayes' father said it was important to share his son's story because he didn't want him to be "stigmatized as a junkie."


"Because he wasn't. Jimmy helped everyone," Kevin Hayes told the Globe. "Some of the stories I've been hearing. He never said no. [Former Bruin] Torey Krug told me they used to go to Children's Hospital. Jimmy'd fall in love with a kid, then go back a week later. And a week later. He was just a wonderful kid, but this addiction ... is just so powerful."

Hayes, who was born and raised in the Boston neighborhood of Dorchester, became a local hero after winning a national championship with Boston College in 2010, then eventually playing for the Boston Bruins. Thousands showed up for his wake in Dorchester on Aug. 29, with mourners lining the streets, including many young athletes wearing Dorchester Youth Hockey jerseys.

Hayes, a 2008 second-round draft pick of the Toronto Maple Leafs, played seven NHL seasons for the Blackhawks, Panthers, Bruins and Devils. In 334 games, he scored 54 goals and 55 assists.

Hayes last played professionally in 2019 and had been a co-host of a podcast called "Missin Curfew."

His younger brother, Kevin Hayes Jr., is a forward for the Philadelphia Flyers.

Kristen Hayes released a statement Monday, saying "Although we are shocked and heartbroken beyond words, I choose to remember my husband, and the boys' father, through the enormous love and joy that he brought us and so many others. This battle does not define him, and I will still tell my boys every day to be like Jimmy. Jimmy touched so many lives while he was here by living so generously and open-heartedly, and I hope his story can continue to make a positive impact, especially for anyone who is struggling with the grips of substance abuse."
Report a correction or typo
Related topics:
sportsespnnewschicago blackhawksnhlboston bruinsnew jersey devilsflorida panthers
Copyright © 2021 ESPN Internet Ventures. All rights reserved.
TOP STORIES
CNN fires Chris Cuomo for role in aiding brother with scandal
2nd victim stabbed near Columbia was visiting student doing research
COVID Updates: 3 more cases of omicron found in NY
Man fatally shot in the neck in lobby of Bronx building
Knifepoint robbery suspect wanted for mugging student in NYC school
Homeowners burn down house in attempt to get rid of snakes
Mayor: Supervised injection sites have reversed 9 overdoses in NYC
Show More
Police search for gunman after 2 men shot on subway train
Parents charged in school shooting arrested, plead not guilty
1 person killed in New Jersey house fire
How unusual to charge parents in school shooting? EXPLAINED
Biggest, brightest Christmas tress in the US: LIST
More TOP STORIES News