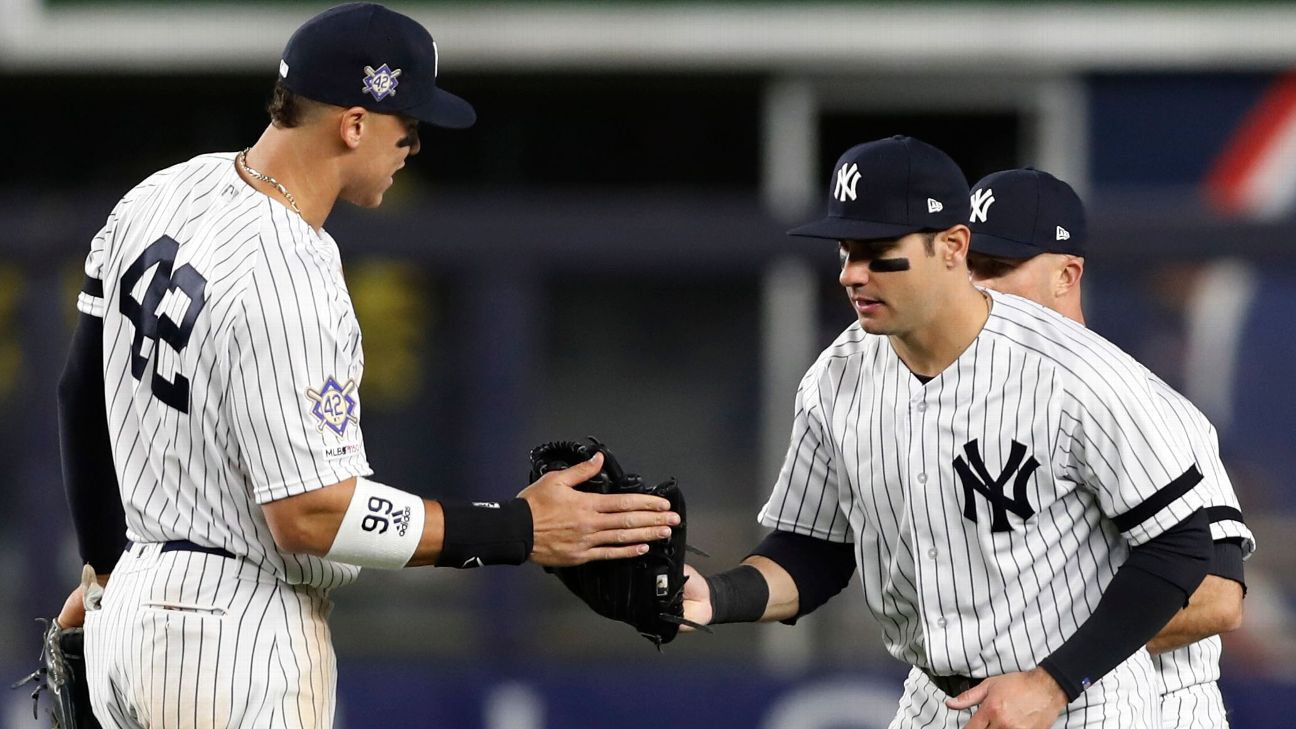 The San Francisco Giants acquired outfielder Mike Tauchman from the New York Yankees on Tuesday for left-handed reliever Wandy Peralta and a player to be named later.


With Clint Frazier and Brett Gardner splitting time in left field, there was little opportunity for Tauchman to find a spot in the Yankees' lineup.

The Giants were in search for an outfielder with Mike Yastrzemski--who like Tauchman also bats left-handed -- dealing with an oblique injury. Yastrzemski had an MRI on Monday, which revealed "a very mild oblique strain," according to manager Gabe Kapler. Yastrzemski exited Sunday's game with the injury and sat out Monday's 12-0 victory over the Colorado Rockies.


Peralta becomes the third left-hander in the Yankees' bullpen after closer Aroldis Chapman and Justin Wilson. Zack Britton is on the 60-day injured list following elbow surgery and is expected back in June.