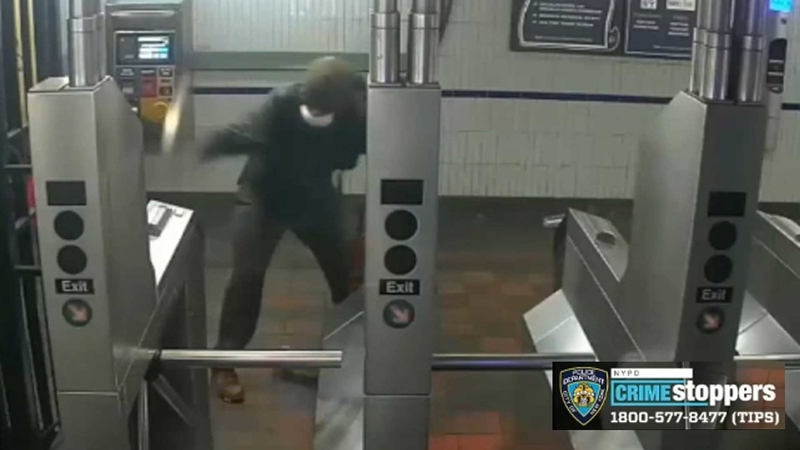 BROOKLYN, New York (WABC) -- Police have arrested a man in connection to a string of vandalism incidents in which a suspect smashed several OMNY turnstiles at MTA subway stations.

According to officials, 42-year-old Brian Baska was arrested for criminal mischief.

"Destruction of fare payment systems inconveniences New Yorkers and forces taxpayers to spend resources on repairs that could otherwise go to improving service. We appreciate the NYPD's investigation and arrest," Shults said.

The incidents took place between May 31 and June 14.

Investigators say the same man smashed OMNY sensors with an unknown object at the Borough Hall and Court Street stations.

Video shows the masked suspect walking up to the turnstile and violently smashing two different OMNY units then walking away.

No one was hurt during any of the incidents, but the damage to the sensor units is estimated to be in the tens of thousands of dollars.