Suspect arrested after vandalizing subway windows on A train in Manhattan 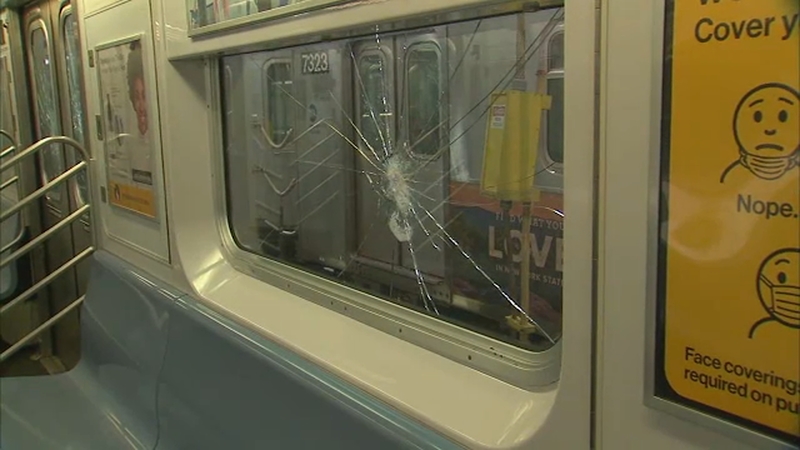 Source: A train vandal likely not linked to 7 train incidents

NEW YORK CITY (WABC) -- A suspect has been arrested after vandalizing subway windows on a New York City train.

Police say 42-year-old Joseph Martinez was arrested Friday night around 8 p.m. after he was seen kicking out subway windows on an A train at Columbus Circle.

Police say he works for the company that the MTA subcontracted to clean the trains and he was under the influence of drugs at the time.

He was arrested by transit officers,charged with criminal mischief and issued a desk appearance ticket.

He will be arraigned in November.

Police were investigating if he was responsible for smashing out hundreds of No. 7 train windows since April, but that does not appear to be the case.

He is believed to be using a blunt instrument.

They say it will soon result in more time between trains - translating to longer waits on subway platforms and more crowded subway trains, two things MTA is actively trying to avoid during the pandemic.