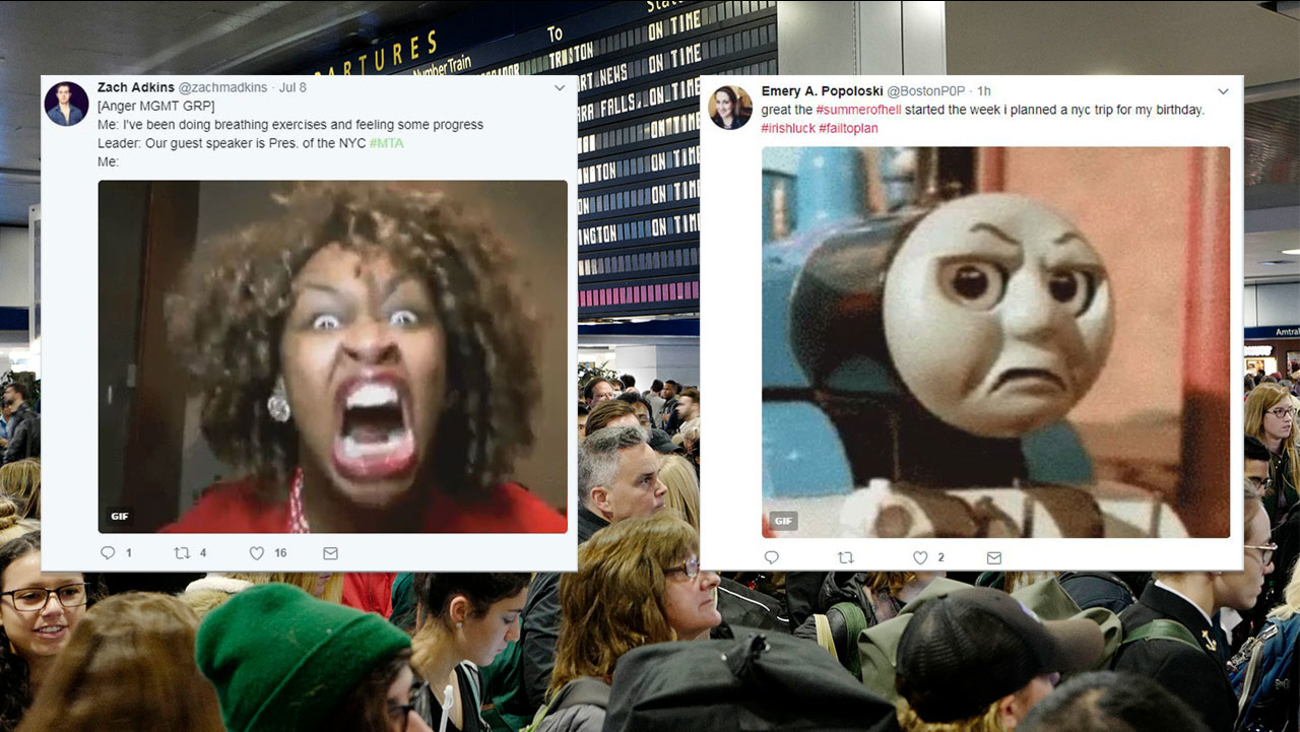 Penn Station's 8 weeks of track repairs began Monday, and commuters braced for the #SummerOfHell. At least they can laugh through their collective suffering by venting with gifs on Twitter:

1. This tweet perfectly sums up all the anxiety some had the night before day one of the Penn Station track work:

''Twas the night before the #summerofhell. May the odds ever be in your favour pic.twitter.com/DmmLSjFECM

2. However, commuters catching public transportation to the city, dread every moment:

[Anger MGMT GRP]
Me: I've been doing breathing exercises and feeling some progress
Leader: Our guest speaker is Pres. of the NYC #MTA
Me: pic.twitter.com/WCdyee75Mn

3. It takes everything in commuters to remain calm and give the MTA accommodations a chance:

4. But even tourists have a bad feeling about this day:

great the #summerofhell started the week i planned a nyc trip for my birthday. #irishluck #failtoplan pic.twitter.com/Yf3VnEV0UG

5. However, commuters just cannot help but think that the commute will look like this:

Live look at my station platform this AM #LIRR #SummerOfHell pic.twitter.com/f3lzBNjmsR

6. Uber, Lyft and other car sharing services are taking this opportunity to profit off Penn Station being a work in progress, but commuters just want to stick to the morning ritual:

7. Many are wishing commuters well during the commute, but deep down commuters know it will not be enough:

8. When commuters totally lose faith in the powers that be to make the commute as painless and stress-free as it should be:

When you rely on govt to get you from point A to point B, don't be surprised when they fail to do what they say they will.#summerofhell pic.twitter.com/ohlZhHagd5

9. At the end of the day, this motivational gif to make it through repairs gives commuters hope!

We hope you New Yorkers aren't too affected by this #summerofhell! Wishing all Penn Station commuters the best of luck! pic.twitter.com/HKB9EcUsov

10. Shockingly, day one was not a total train wreck (no pun intended) and commuters realize these changes might not be so bad after all: