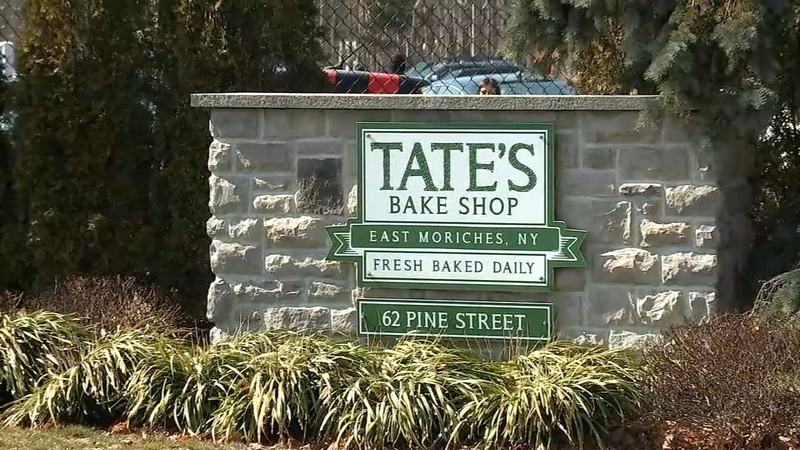 EAST MORICHES, Long Island (WABC) -- There is a battle taking place at a popular cookie company on Long Island.

Some workers at Tate's Bake Shop say they want to unionize but are facing threats not to, while the company says that's simply not true.

There was a rally in favor of the company at the East Moriches factory Thursday, where dozens of workers chanted, "We are with Tate's Cookies."

"Everything is going good," employee Vernet Sutherland said. "No problem."

They said they are against unionizing.

"I feel the union is trying to bogart their way into our company at this point," employee Edwin Anthony said.

It comes at a time when other workers at Tate's are getting set to vote on joining AFL-CIO Local 298, which has now set up a storefront in the community just for them.

Workers, mostly undocumented immigrants who were too afraid to be identified, described what they consider unsafe conditions.

"Right now, it's very bad," one said through a translator. "We all work together in the lines. There is no social distancing at work. There is already two of them that are sick at the hospital."

They say the worst part is that they claim the company is using their immigration status against them.

"Then they began telling them that if you unionize, the union is going to ask for documents," said Cosmo Lubrano, with the AFL-CIO. "And if you don't have the proper documents, they're going to...deport you and send you back to your country."

A spokesperson for Tate's, now owned by Mondelez International, disputed the claims.

The company says the allegations are "inaccurate, and have no basis in fact," and that "immigration status does not impact their ability to unionize."

Meanwhile, in Southampton, Tate's Bake Shop has retained its small town feel as as a staple for more than 20 years -- even though the founder sold it for hundreds of millions of dollars.

And while it's known for its sweet cookies, right now, the union dispute is turning very sour, with union ballots expected to go out at the end of the month.