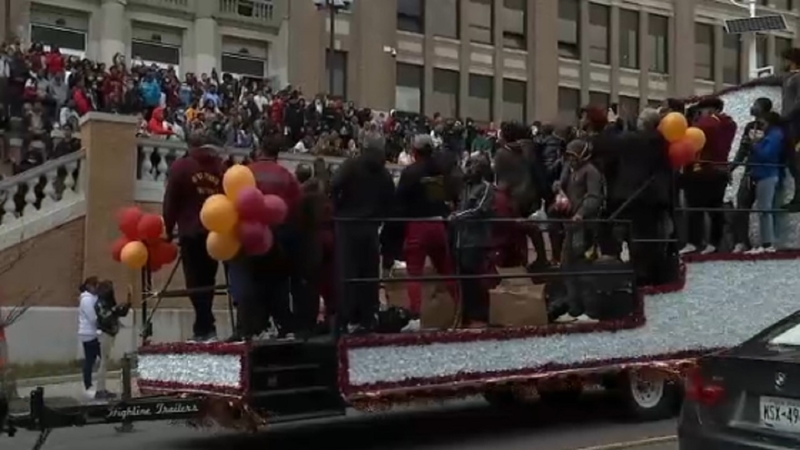 15-year-old arrested in stabbing death of teen near parade

MOUNT VERNON, New York (WABC) -- A 15-year-old was arrested in connection with a double stabbing near a parade in Westchester County Friday afternoon.

The stabbing happened less than an hour after and not far from the end of the parade route celebrating the Mount Vernon High School basketball team's undefeated, state championship winning season.

Police responded to the intersection of East Prospect and Gramatan Avenues in Mount Vernon just before 4 p.m. Friday where they found two teenage girls with stab wounds.

One of the victims died on the way to Jacobi Medical Center.

The other victim was treated at Montefiore Mount Vernon Hospital for non-life-threatening injuries.

The suspect, who is not being named because of their age, faces felony charges of manslaughter and attempted assault.

The teen appeared before Mount Vernon City Court Judge Peter Saint George Davis on Saturday and is being head in custody before another court appearance in Westchester County Youth court.