'The 33' defies gender hierarchies in Hollywood 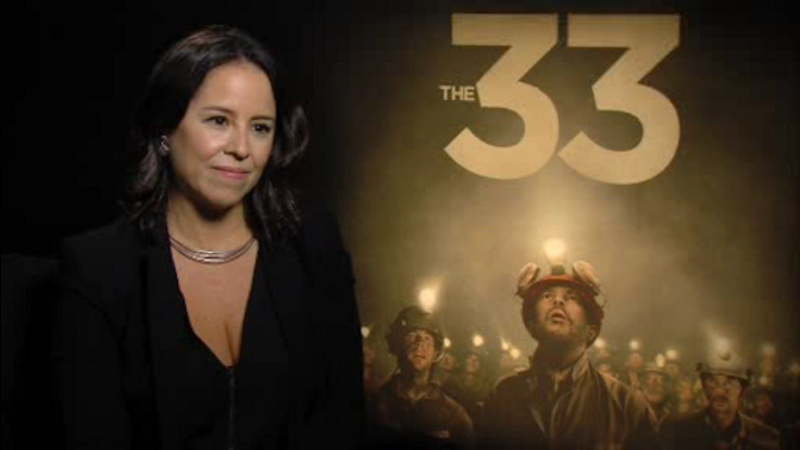 NEW YORK (WABC) -- Female directors can be rarity in Hollywood, but one of the biggest films in theaters right now was directed by a woman. "The 33" tells the story of the of the miners trapped in a Chilean mine in 2010.

Patricia Riggen, a Latina originally from Mexico, was hired to direct "The 33," being a very rare exception to the statistics of female directors.

This doesn't occur every day, as Riggen will be the first to tell you.

Riggen has directed half a dozen films since getting her Masters degree at Columbia University in the city, but "The 33" is her most ambitious work by far.

"When you say, 'OK this is going to be about 33 guys half naked and sweaty in a mine,' you don't go 'let me get a woman director,'" said actor Lou Diamond Phillips, who plays one of the miners in the film.

Half of the movie takes place above ground and looks at the miners' families mobilized by Juliet Binoche's character. The other half was shot in a real mine.

"She did an amazing job," Binoche said about Riggen's work. "She was mostly with men. You know it was tough for her. They didn't, they didn't make her life easy."

The cast and crew were down there for more than a month.

"I think it adds actually a certain subtle-ness to everything, especially to the world outside," lead actor Antonio Banderas said.

But one movie does not make for a trend, of course, and no one is more aware of that than the woman in charge of "The 33."

"There's like an intrinsic distrust of females in most areas of the world, not just in cinema," Riggen said. "But we have to change it right here."