'Top Gun: Maverick' review: Sandy Kenyon says sequel is as good as -- if not better -- than original 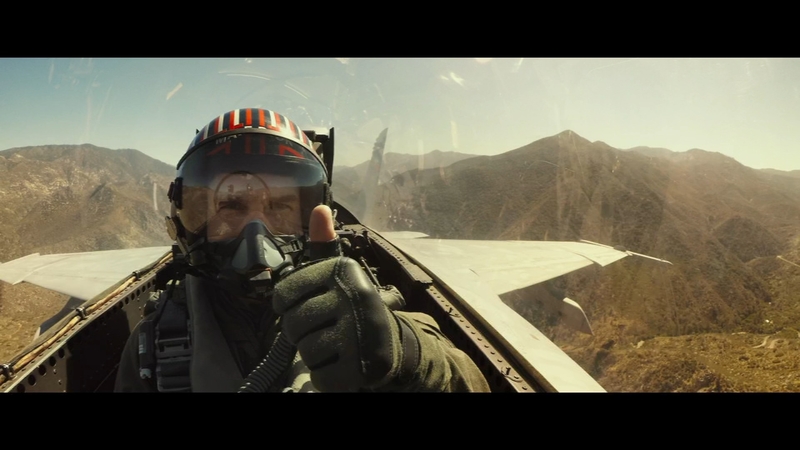 Tom Cruise is back on the big screen reprising one of the roles that made him a star, and Hollywood is banking that "Top Gun: Maverick" will draw millions back to theaters again.

The original "Top Gun" was released 36 years ago, but Maverick is still the Navy's best pilot. This time, he's training the next generation of Top Gun aviators.

It has been a long, long time since I enjoyed myself so much at a theater. Going to see most movies is work for me, especially when they're bad. It's part of the job, but "Top Gun: Maverick" felt like getting paid to have fun.

It's time to turn and burn again, time to head down the highway to the danger zone for that rare sequel that is just as terrific as the original...if not better.

"Conversations with Friends" is based on a book by Sally Rooney, and the same creative team that brought her novel "Normal People" to life are behind the new Hulu series.

Cruise pushed the actors to their limits for real by placing them in F-18 fighters, and half a dozen IMAX cameras in the cockpit capture the action.

"It's aggressive," one real-life pilot says in a featurette. "You can't act that. The distortion of the face. They're pulling 7.5, 8 Gs."

The results are good enough to satisfy the toughest critics of all -- real Navy pilots.

"I've been doing this in these airplanes for a really long time, and I watch that and I go, 'Wow, that's fantastic,'" another said in the featurette.

Cruise wasn't allowed to fly the jets, but he pilots his own plane for a magical scene with Jennifer Connelly's character.

The original is recalled in many ways that make this one better, echoes that resonated deeply for me even as I was being truly entertained by a guy who has been called the "last movie star" because he's so determined to draw millions back to theaters.

"Top Gun: Maverick" is for everyone who has had enough of the caped-crusader and all the other comic book movies.

Go see it on the biggest screen you can find, and IMAX is definitely worth the extra money.