Suspect charged in subway attack on transgender woman in Harlem 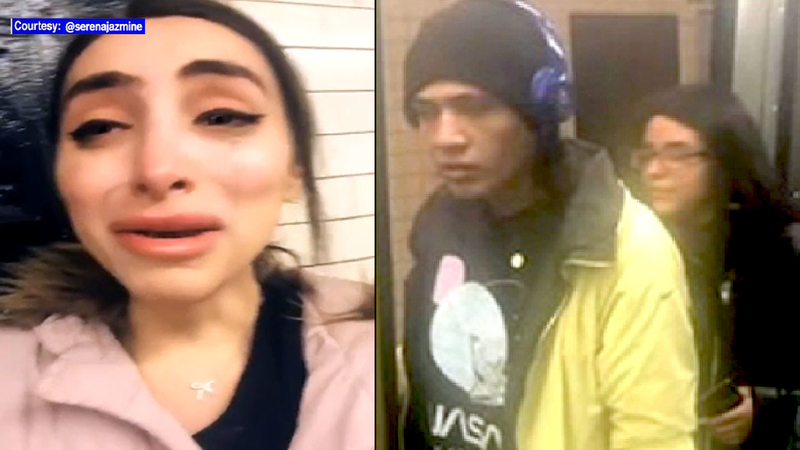 HARLEM, Manhattan (WABC) -- Authorities have formally charged the suspect who was arrested connection with a disturbing attack on a transgender woman in Harlem.

Pablo Valle, 26, of Queens, was taken into custody on January 27 and is charged with hate crimes.

The incident happened on January 24, when police say 26-year-old Serena Daniari was spit on and slapped by a man and woman while waiting on a subway platform at West 155th Street.

Police say Valle, who has 27 prior arrests, also made transphobic slurs.

The female suspect remains at large.

Daniari was not seriously hurt, but she immediately took to social media after the incident.

"I just wish people would leave me alone," she said in a video posted to Twitter. "I didn't do anything. I just want to be left alone."

Mayor Bill de Blasio apologized to her on behalf of the city, and Governor Andrew Cuomo directed the New York State Police Hate Crimes Task Force to assist the NYPD with its investigation.

"No one should ever have to live in fear simply for being who they are," Cuomo said. "New Yorkers embrace diversity and our differences, because that's what makes us unique and that's what makes us great. On behalf of the New York family, my message to Serena Daniari is simple: We have zero tolerance for what happened to you. We are sorry for what happened to you. We stand with you in love and respect, and we will catch your attackers and bring them to justice."

The victim released a statement later Sunday thanking everyone for their support but asking to respect her privacy as she moves forward.

In response to this incident and others like it that have led to a 42% increase in hate crimes in the transit system, the MTA announced Monday it is launching a new "Hate Has No Place in Our Transportation System" public awareness campaign.

"New York is built on diversity, openness and inclusion," MTA President and CEO Patric Foye said. "Every New Yorker should be able to travel free of harassment and feel safe while riding with the MTA. We want to do what we can to put a halt to these despicable crimes. We hope that our campaign will not only help reduce bias activity but will remind everyone of the core New York values of kindness, respect and solidarity."

The ads will appear on more than more than 4,000 digital screens across the subway system, 2,600 screens on buses, and 550 screens on the Long Island Rail Road and Metro-North Railroad.

All ads feature iconic signage associated with the NYC Transit system, LIRR and Metro-North and share the message that "hate has no place" in the MTA network. The ads provide information on how to report hate crimes, concluding with the tagline: "New York rides together."