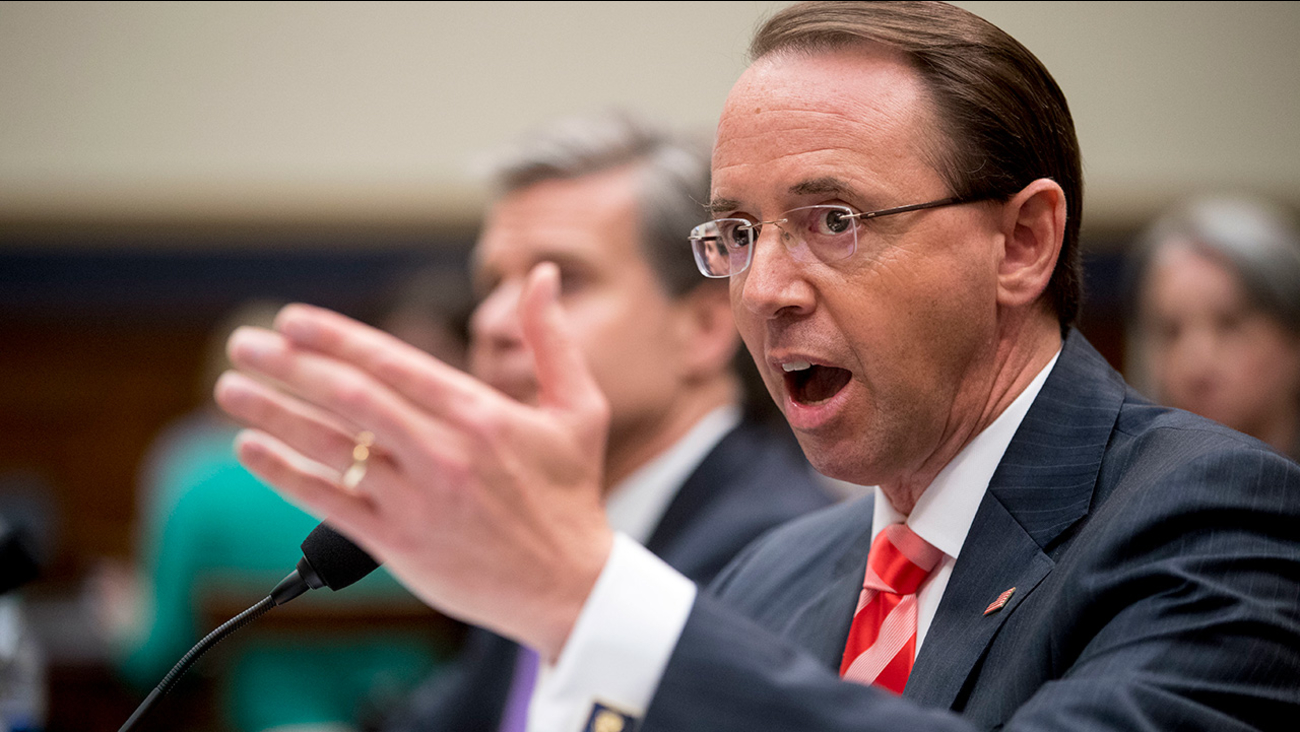 Rosenstein's job security has been under question since news reports last month that he had discussed possibly secretly recording Trump to expose chaos in the White House and invoking constitutional provisions to get him removed from office.

Rosenstein is joining Trump aboard Air Force One to an event in Florida on Monday, a likely indication that his Justice Department job is at least temporarily safe.

Trump told reporters Monday that he has a "very good relationship" with Rosenstein. Their meeting two weeks ago was postponed amid the Supreme Court nomination hearings.