Researchers have been making progress toward a possible universal flu vaccine.

NEW YORK -- Influenza is continuing its early and severe rampage through the United States, but there's some hopeful news for flu seasons of the future.

In a significant step, researchers recently said they've been able to immunize animals against all 20 known influenza A and B virus strains, marking an important step toward the goal of a single vaccine against all types of the flu.

Our current flu vaccines prime the body to protect against four strains: two influenza A strains and two B strains. The composition of these vaccines is changed each year in anticipation of which strains will make most people sick during the coming season.

Certain strains are known to circulate among humans, but many more circulate in animals and scientists worry that these viruses could jump to humans -- suddenly exposing us to viruses our immune systems have never seen.

That's where a universal flu vaccine would help.

The idea is that these multivalent shots could prep the body to recognize these viruses, should any of them take off in humans, helping prevent severe illness and death.

Several universal flu vaccines are in various stages of development and testing, including one at the National Institutes of Health.

For the current study, the experimental shot was used only in mice and ferrets, and the results were reported last month in the journal Science. The researchers say they're working through the process of making the vaccine to human quality standards and aim to try it in people in 2023.

They're hopeful that, if those tests succeed, the vaccine could protect people in the event of another pandemic strain of flu.

Another application for mRNA technology

To make the vaccine, the researchers relied on the same mRNA technology that's used in Covid-19 vaccines.

But scientists actually started on these experiments in 2017, years before the first Covid-19 shots were given. In fact, it was that research that helped lay the groundwork for the Covid-19 vaccines.

In the quest for a universal flu vaccine, scientists have been carefully studying flu viruses, looking for structural regions that are similar among strains.

The thinking was that if they could find one or two areas that don't change much from strain to strain, they could train the immune system to make antibodies against these regions and protect people from many viruses at the same time.

This approach had proved tricky, said Dr. Jennifer Nayak, a pediatric infectious disease specialist who studies immune responses to influenza at the University of Rochester Medical Center. She was not involved in the new research.

Among the 20 known flu strains, "there's some shared pieces between them all, but they're few and far between," Nayak said.

These regions aren't what we would call immunodominant, she said. Sometimes, the immune system ends up responding to the thing that differs among viruses, not the thing that's the same.

The team working on the new vaccine, led by researchers at the University of Pennsylvania's Institute for Immunology, tried something different. The vaccine includes genetic instructions for making the hemagglutinin, or HA, proteins of each of the 20 strains.

"Instead of trying to find something that's shared, let's just put all of the 20 different HA proteins -- let's put the mRNAs from all of them into this vaccine," Nayak said.

Hemagglutinin is a protein that that sticks up from the surface of flu viruses, very much like the spike proteins on the SARS-CoV-2 virus, says Scott Hensley, senior author of the new study and a microbiologist at the Penn Institute for Immunology.

The HA proteins look a little bit like matches sticking up out of an apple, with a globular head that sits on a longer stalk.

"What we found is that these vaccines elicit very high levels of antibodies against all 20 subtypes. And we found that the antibodies react to both the globular head the very top of HA as well as the hemagglutinin stalk, which is a little bit lower down," Hensley said.

Before the researchers tried that, though, they vaccinated groups of mice with every antigen they wanted to include in the vaccine to make sure that, individually, each created an immune response.

Then, they took those genetic instructions and combined them in a single shot. Each strain was delivered in a 2.5-microgram dose. All together, the shot included a 50-microgram dose of mRNA.

The researchers tested the shots in animals that had never been exposed to influenza and in animals that had previously been infected with H1N1 flu viruses similar to or different from the ones included in the shot. This was intended to show whether the shot selectively boosted antibodies to flu strains the mice had in their immune memories, a phenomenon called imprinting.

The shots boosted antibodies to flu strains that the mice had been exposed to before, the scientists say, but it didn't come at the expense of generating new antibodies to viral proteins that were unfamiliar to the animals' immune systems.

The scientists also challenged the mice with flu strains that were very similar to the ones included in the vaccine, and those that were less similar. The mice made antibodies that bound to both types of flu, but these antibodies neutralized only the very similar virus.

Mice that were challenged with the less similar virus got sick, but they began to recover seven or eight days after infection.

Mice that had been given a placebo vaccine, which carried mRNA instructions to make an unrelated enzyme, died after exposure to the flu.

"Our vaccine is expected to induce sort of a baseline level of immunity that would prevent severe infections, death and hospitalizations," Hensley said. It wouldn't necessarily keep people from getting sick with the flu.

Scientists who weren't involved in the work praised the idea, but cautioned that the results need to be repeated in humans.

"I think this is a scientific proof of concept, and it's really innovative and really intriguing," said Dr. Kathy Neuzil, director of the Center for Vaccine Development and Global Health at the University of Maryland School of Medicine.

"This is only mice and ferrets. Humans are obviously much more complex, genetic and immunologic beings."

At this point, the jury is still out on how such a vaccine would best be used, she said. If it works as well for adults as it did for mice, would they need to be boosted each year? Or would it best be used in children to create baseline immunity that they would hopefully retain for years?

Neuzil said she feels skeptical about that.

"Certainly, it's unlikely to last. The durability of mRNA vaccines hasn't been shown for Covid, for example, to be significantly longer than other vaccines." she said.

So I think this would have to be a vaccine that would be used in a more limited fashion and perhaps more temporally related to when you needed protection." 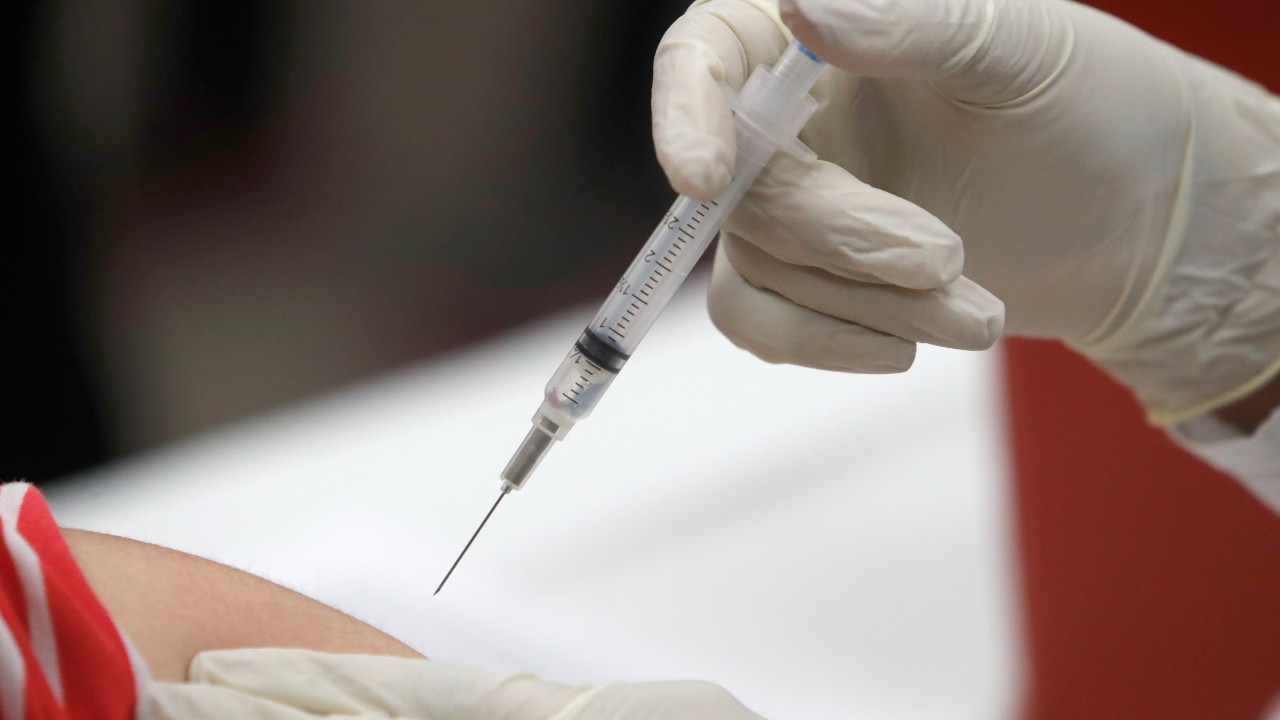 What is the flu vaccine and how does it work?