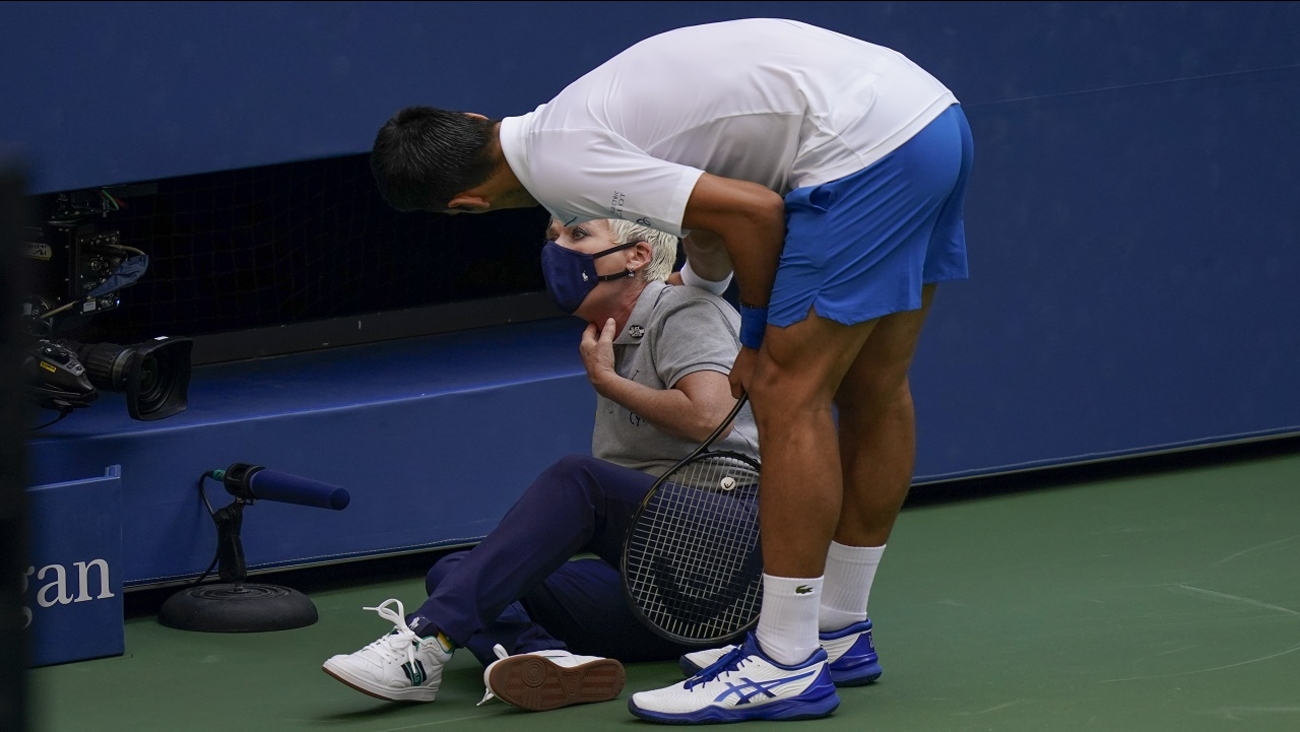 FLUSHING, Queens -- Top-seeded Novak Djokovic was defaulted from his fourth-round match at the U.S. Open after he accidentally hit a line judge with a tennis ball Sunday.

Top-seeded Novak Djokovic was defaulted from his fourth-round match at the #USOpen after he accidentally hit a line judge with a tennis ball Sunday. pic.twitter.com/TTstxZB2Jw

It was a stunning end to Djokovic's bid for an 18th Grand Slam title and his 26-0 start to this season.

One player, 31-year-old Benoit Paire, has tested positive for COVID-19 and is now out of the competition.

ALSO READ | US Open tennis begins in Queens without fans

Djokovic had just lost a game to his opponent, Pablo Carreno Busta, to fall behind 6-5 in the first set.

As he walked to the sideline for the changeover, Djokovic smacked a ball behind him. The ball hit a female line judge, who dropped to her knees at the back of the court.

After a discussion of several minutes with officials on court, Djokovic walked over to shake hands with Carreno Busta, and the default was announced.

Djokovic later released a statement on his Instagram saying,

"This whole situation has left me really sad and empty. I checked on the lines person and the tournament told me that thank God she is feeling ok. I'm extremely sorry to have caused her such stress. So unintended. So wrong. I'm not disclosing her name to respect her privacy. As for the disqualification, I need to go back within and work on my disappointment and turn this all into a lesson for my growth and evolution as a player and human being. I apologize to the @usopen tournament and everyone associated for my behavior. I'm very grateful to my team and family for being my rock support, and my fans for always being there with me. Thank you and I'm so sorry."