Veterans who served together in Iraq now both officers with NYPD; march together in Veterans Day parade 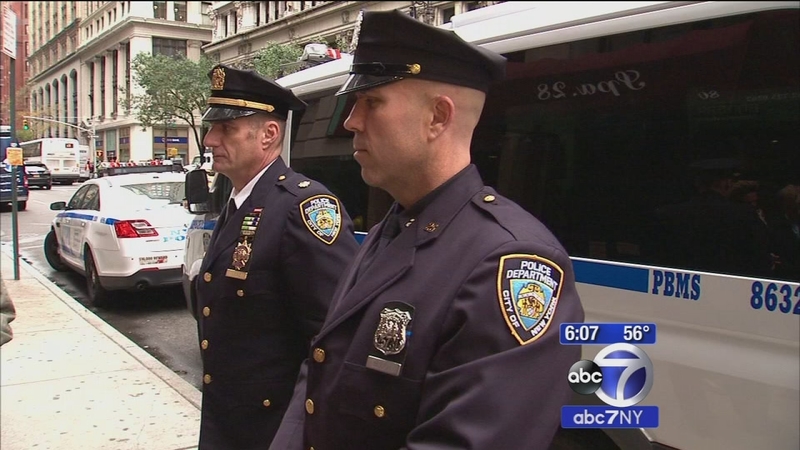 NEW YORK (WABC) -- It's the country's largest Veterans Day parade and right in the middle of things, a pair of friends by chance, now colleagues by design.

"I felt it was time to move on. I had this opportunity and to be honest I can't believe I'm here," said Officer Donovan Bunch, NYPD.

He was walking up Fifth Avenue shoulder to shoulder with NYPD Deputy Inspector Justin Lenz.

Donovan is a Command Sergeant Major. Back in 2003, the men first met while stationed together in Iraq as military police for the Army National Guard.

"I was intrigued by the stories he would tell and the operations and NYPD someway of another, and so many of the other soldiers in the unit also influenced my knowledge of the NYPD. It's something that just stayed with me throughout the year," Officer Bunch said.

So much so, Bunch, who always dreamed of joining the NYPD, did just that and graduated from the academy and was sworn in this past January.

In a show of support, Lenz gave Bunch the shield he wore for so many years.

"I saw it was available and we had a conversation and I said, 'Hey look, it brought me good luck as a police officer, if you'd like to have it, I can make it happen,' and that's how it worked out," Dep. Inspector Lenz said.

For this West Point graduate originally from Waynesborough, Mississippi with a population of about 5,000m he admits New York City is different.

He says his accent gets him noticed.

"It's a good ice breaker and I use it to my advantage, let's put it that way," Officer Bunch said.

He's up for the challenge and is here to stay thanks to a good friend.

"I have a lot to learn and make my own way and see how it goes," Officer Bunch said.