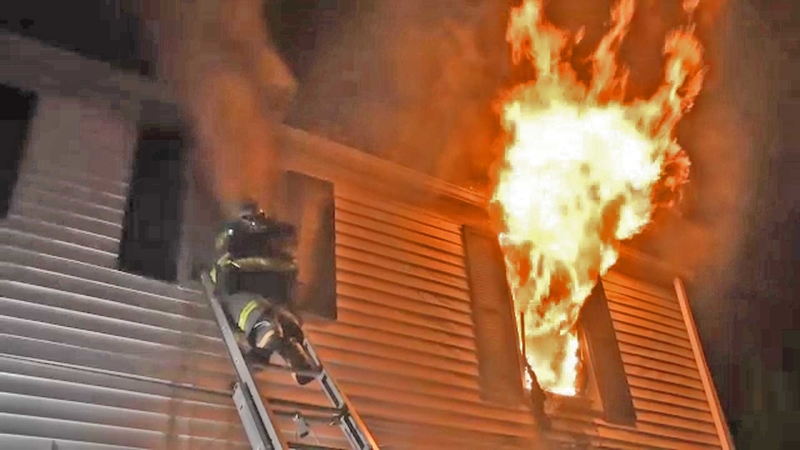 A 71-year-old woman died after flames tore through her home around 3:30 a.m. on Little East Neck Road in West Babylon.

Video from the scene showed flames shooting violently from a second floor window and multiple firefighting units on the scene.

After the fire was extinguished, Colleen Jalbert was located inside the residence and pronounced dead at the scene.

Her 48-year-old daughter was transported to a local hospital for treatment of minor injuries.

A preliminary investigation determined the cause of the fire to be non-criminal in nature.

A few hours earlier, around 12:45 a.m., another fire completely engulfed a home on Wildwood Trail in Riverhead.

Police arrived within minutes but were unable to breech the door.

The fire was extinguished, and the body of a man was then discovered within the residence.

His identity has not yet been released, pending family notification.

The preliminary investigation indicates that the fire was also non-criminal in nature.

The causes of both fires remain under investigation.