Two teenagers were killed and third injured in a horrific crash on Long Island early Thursday.

Police say they were speeding in a BMW X3 when the driver crashed into a parked vehicle on Westminster Road in West Hempstead around 1 a.m.

The speed limit on the street is 30 miles per hour, but authorities say the driver was travelling at a much higher rate of speed.

Clearly devastated and heartbroken family members wailed as they arrived at the scene.

Detectives say the vehicle was traveling northbound near Oak Street when the driver, an 18-year-old female, hit a parked nursery truck that appears to have belonged the Westminster Florist business nearby.

The impact caused the SUV to spin and flip several times, ejecting 19-year-old Kurtis Caesar and 17-year-old Amanda Arguinzoni -- both passengers -- who did not survive. 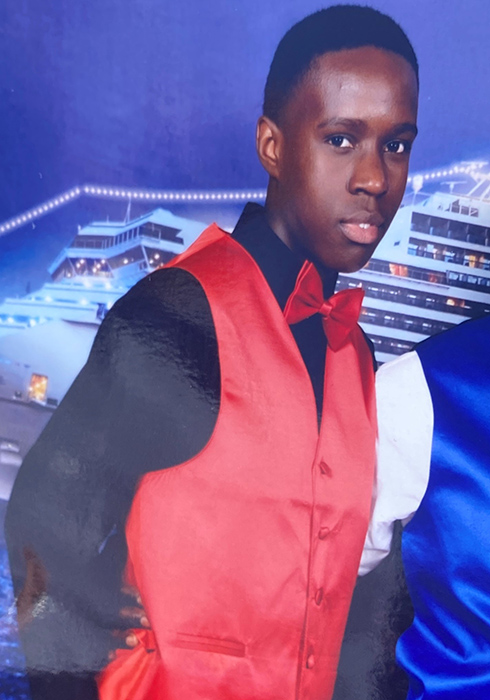 "He was a quiet kid, never gave any problems," uncle Dennis Caesar said. "To get a phone call like this, nobody would expect it...A child is supposed to bury their parents, not parents bury their child."

They said Arguinzoni was his girlfriend.

"This is very devastating to my family, I don't know what to say," Dennis Caesar said. "If I told you I never speed I'd be lying, but we all have to be careful and be mindful."

The driver was seriously injured but was rushed to an area hospital with stable vital signs.

The crash was so loud it woke up neighbors.

"It was very loud," one said. "You heard one loud explosion noise, and right after that loud noise, you heard rumbling...The car was in pieces. The victims, their belongings, were everywhere. It was bad. It was horrible."

Police say speed was a factor, but so far, no charges have been filed.