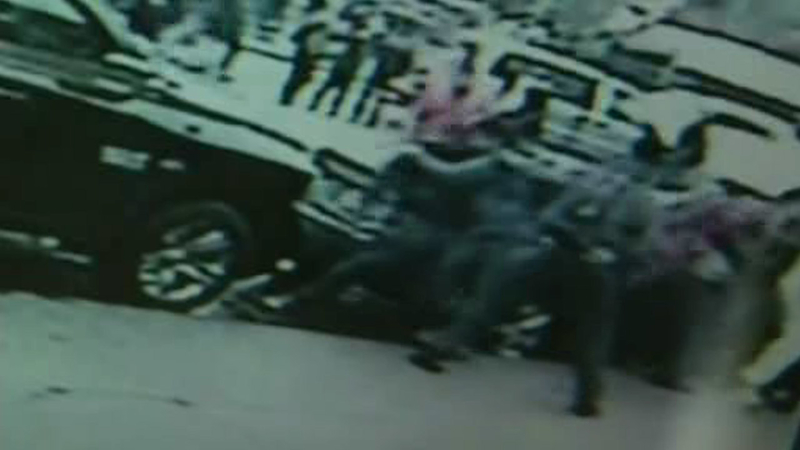 WESTCHESTER SQUARE, Bronx (WABC) -- There are growing safety concerns near a school in the Bronx.

Some business owners are worried about escalating violence.

They claim that once school is out, the streets get dangerous with fights breaking out.

The alarm at Herbert H. Lehman High School has gone off several times because of it.

One of those fights was even caught on camera. The question now is how to stop the violence.

"It's kind of like a mob that comes through here. People are barely able to stand on the sidewalk," said Israel Leon, a beauty school instructor.

Israel Leon has the security camera video to prove it.

You can see the mob of kids on East Tremont Avenue, students who should be in school.

Instead they're punching, fighting, and swinging sticks in the street.

"We're getting to the point where we have to close our doors in the front just to make sure they are not bringing all the ruckus and the fights that are going outside and coming into our door with that," Leon said.

How often does this happen? Jeffrey Stoney is the account manager at a nearby tax preparation office.

It turns out kids are pulling the fire alarms in school, which gets all of them out on the street where the mayhem takes place.

The problem has become so bad, retailers are losing customers.

So they have taken matters into their own hands.