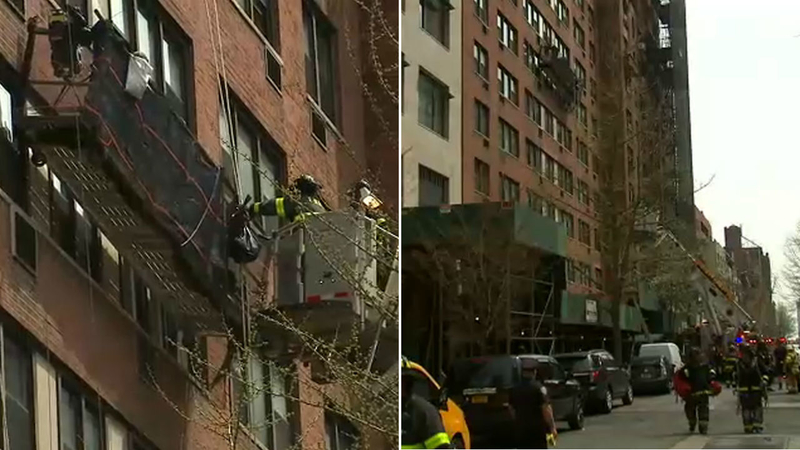 MIDTOWN EAST, Manhattan (WABC) -- A construction worker has died after he was struck in the head by a piece of the building he was working on Monday morning.

The FDNY responded to the scene at 50th Street and 2nd Avenue just before noon.

Authorities said the 51-year-old man was doing minor facade repairs outside of the building at the time of the incident when he was struck on the head by a capstone that broke loose and fell eight stories.

He was found unconscious on the scaffolding when rescue crews arrived on the scene.

First responders had to take the windows out of the apartment next to the scaffolding so they could rescue the victim.

The victim was taken to the hospital in critical condition where he was later pronounced dead. He has not yet been identified.

The Department of Building's investigation into the cause of the incident is ongoing.