NEW YORK (WABC) -- A young man known on social media for his daredevil stunts has climbed his way into more trouble.

Justin Casquejo, 20, is in police custody after police say he was trying to pull off another stunt in Manhattan.

He's been on probation for the last year, but police say that didn't stop him from climbing another building under construction.

Police say once again he was out there with some friends dangling from a crane, all for internet fame.

Casquejo has posted video of previous climbs on YouTube.

He squeezed past a fence at One World Trade Center, which was then under construction, and climbed to the 100th floor.

Casquejo claims the videos are part of a fundraiser so he can travel the world and create beautiful art, but now some of that money may have to go to legal bills. 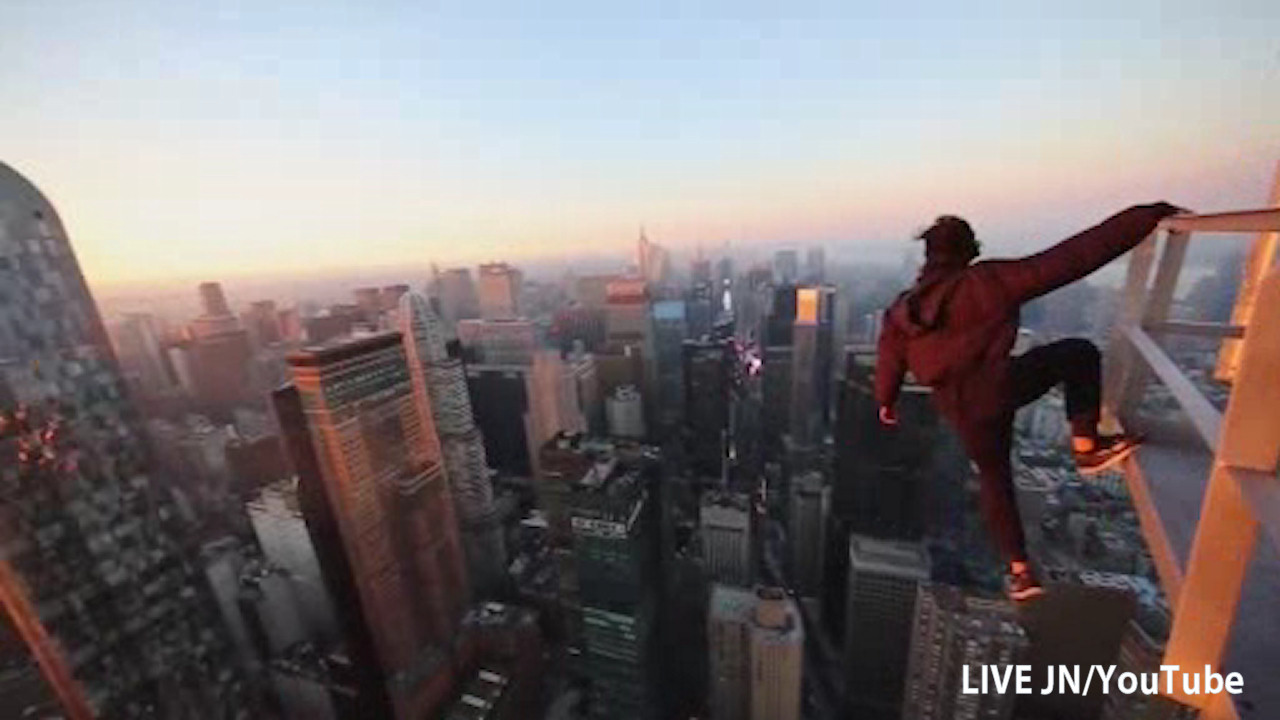