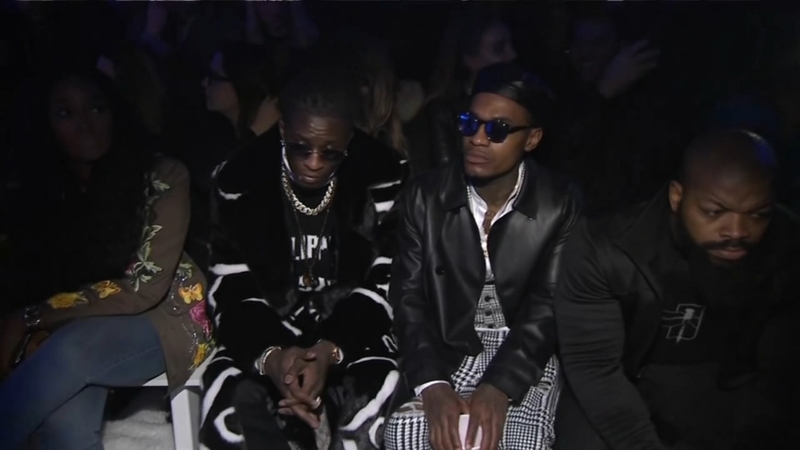 ATLANTA -- Young Thug is a burgeoning rapper known for pushing the envelope, both musically and as a fashion icon.

He became an influential voice in his generation of artists -- blowing up on the national scene in 2014 with "Stoner," which according to Billboard is one of the songs that defined the decade.

And now some of the lyrics and images that made him distinctive in the rap world and beyond are part of a criminal case that has sent shockwaves through the hip-hop community and sparked a debate about artistic freedom in rap music.

The rapper, whose real name is Jeffery Lamar Williams, was hit with gang-related charges on May 9 after being named in a sweeping 56-count grand jury indictment in Fulton County, Georgia. 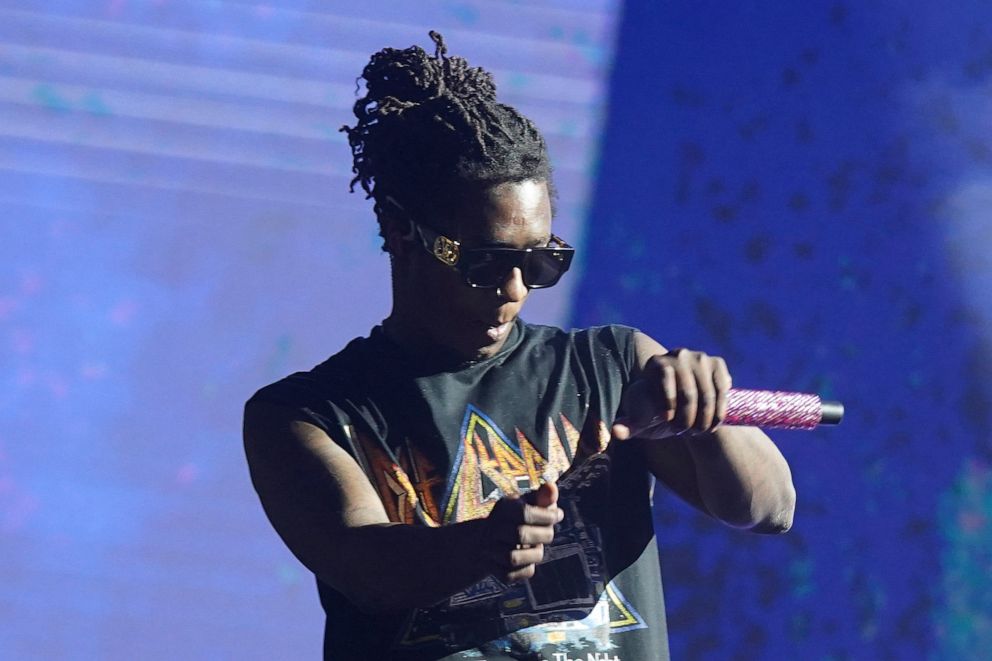 Young Thug was among 28 people listed allegedly associated with the Atlanta-based Young Slime Life (YSL) gang, which authorities say he co-founded in 2012.
YSL is also the name of the rapper's music label, "Young Stoner Life," which was established in 2016 as an imprint of the music label 300 Entertainment. The imprint is not named in the indictment.

The Grammy-winning Atlanta rapper is accused of various crimes, including theft and possession of illicit drugs with intent to distribute, but the reference to the rapper's lyrics among the alleged evidence is a sticking point for freedom of speech advocates, who argue that music is art and should be protected.

Young Thug was initially charged with two counts -- conspiring to violate the state's Racketeer Influenced and Corrupt Organizations (RICO) act and participating in street gang activity, according to charging documents obtained by ABC News. He was hit with additional drugs and weapons charges after law enforcement searched his home following his arrest.

Prosecutors allege that the gang is responsible for three murders, including the 2015 killing of Donovan Thomas - an incident, that "triggered" additional gang-related killings in the city, according to Fulton County District Attorney Fani Willis.

"As a result of [the killing of Donovan Thomas], the back and forth of gun violence and murders that have occurred have probably been in excess of 50 since 2015," Wills told ABC affiliate in Atlanta WSB-TV last week.

Court documents detail instances where individuals allegedly associated with the YSL gang wore or displayed symbols of "YSL" in music videos posted on social media between 2016 and 2021 and rapped lyrics that mention "YSL" and/or various descriptions of criminal activity. 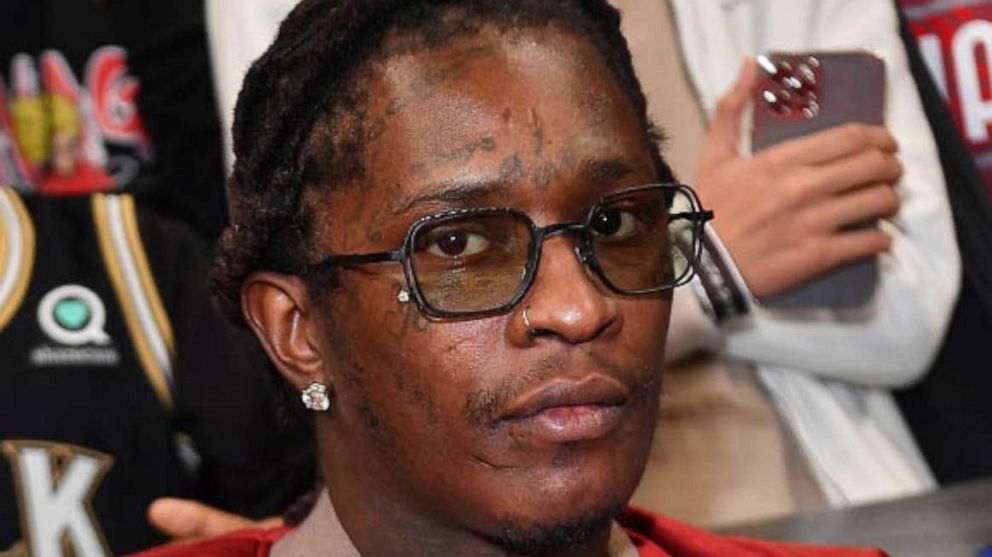 The lyrics listed in the YSL indictment are from songs in the same time frame, including Young Thug's hit, "Anybody" and several numbers from YSL's 2020 compilation album, "Slime Language 2," including "Take it to Trial," "Ski," and "Slatty."

Prosecutors argue that the lyrics served as "overt acts" to fulfill a key objective of the alleged RICO conspiracy: "Preserving, protecting and enhancing the reputation, power and territory of the enterprise [YSL]."

For example, from Young Thug's "Slatty" the document quotes the following verses:

"I killed his man in front of his momma, like fiick lil bruh, sister and his cousin," "I shoot out," and "kill em, not leaving a trace," the lyrics cited in the document say.

The rapper is not accused of murder, but of allegedly renting a car that was used in the killing or a rival gang member.

Other artists signed to the rapper's Atlanta-based label were also indicted, including Grammy-nominated rapper Gunna, who was arrested and charged with one count of conspiring to violate the RICO Act. His lyrics were also referenced in the indictment. 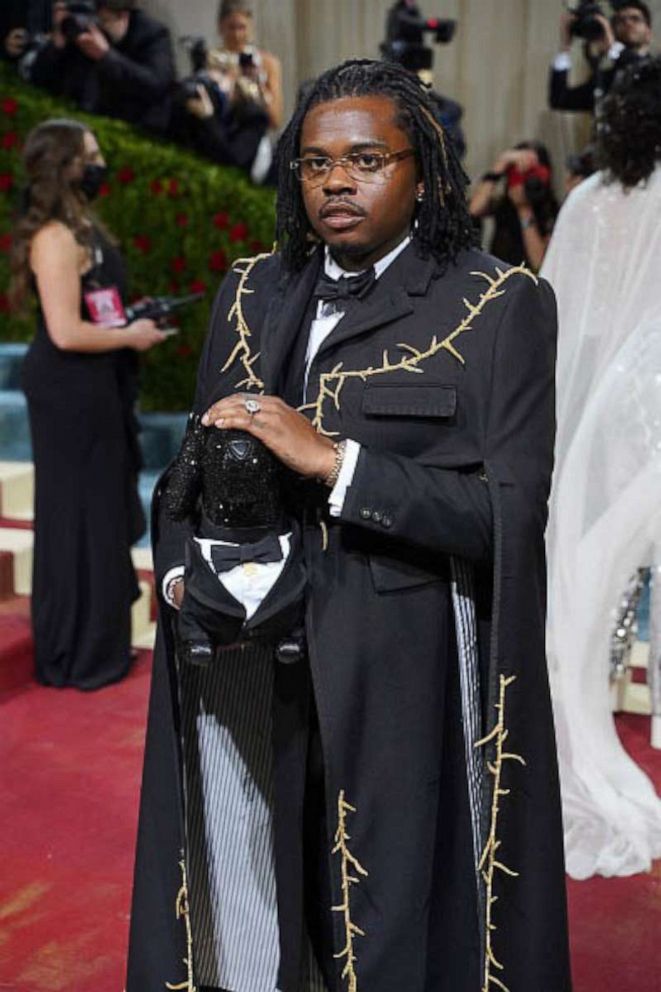 Gunna attends the Costume Institute Benefit celebrating In America: An Anthology of Fashion at Metropolitan Museum of Art in New York, May 02, 2022. (Patrick McMullan via Getty Images)

A judge denied Kitchens' request for bond during a court hearing on Monday, according to WSB-TV. Williams also filed an emergency motion for bond last week, but a judge has yet to make a decision.

Referencing the lyrics of hip-hop artists in alleged criminal charges is not new and is a practice that has drawn criticism from freedom of speech advocates and artists, who argue that music is art and is not necessarily a reflection of reality or the artists' state of mind.

Erik Nielson, the co-author of "Rap on Trial," told ABC News that he has served as an expert witness in close to 100 cases across the country in which rap lyrics were used as alleged evidence in court, including the trial of rapper Drakeo the Ruler, whose real name is Darrell Caldwell.

Caldwell, who was fatally stabbed at a music festival in December 2021, was acquitted of murder and attempted murder charges in 2019. When the Los Angeles rapper was initially convicted, his lyrics were used against him as evidence.

Los Angeles rapper Drakeo the Ruler has died after he was stabbed Saturday night at a music show at Exposition Park, according to reports.

"Prosecutors in these cases routinely cherry pick lyrics ... without providing any context, either with the rest of the song, or with the genre itself," Nielson said.

Neilson added that in rap music "the use of language is intentionally and knowingly very fluid." And in this case, he pointed to the various meanings of YSL.

"YSL is an acronym for 'Young Slime Life' and it's a hybrid gang that operates here in Atlanta and it's an affiliate of the Bloods gang," the Fulton County district attorney, Fani Willis, said in an interview last week with ABC affiliate in Atlanta WSB-TV.

But Willis also acknowledged that YSL is "a business and a record label" -- a point that Young Thug's father, Jeffrey Williams, Sr., made while defending his son in an interview with WSB-TV.

Willis defended including the lyrics in the indictment.

"The First Amendment does not protect people from prosecutors using [lyrics] as evidence," she said at a May 10 press conference when asked about First Amendment concerns. "We put it as overt within the RICO count because we believe that's exactly what it is." ABC News has reached out to the DA's office for further comment.

ABC News has reached out to the DA's office for further comment. 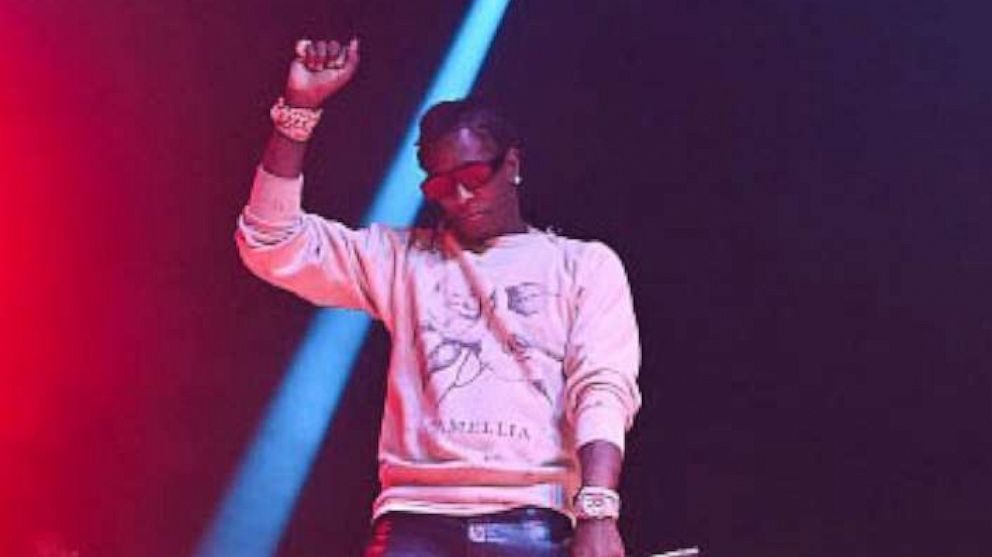 The use of rap lyrics in court was recently taken up in the New York Senate, where legislation backed by artists like Jay-Z and Meek Mill was passed last Wednesday, limiting prosecutors' use of rap lyrics as evidence. It is up for a vote in the state assembly.

New York state Sen. Jamaal Bailey, who co-sponsored the bill, said that the legislation limits prosecutors from using rap lyrics in court as alleged evidence, unless a judge determines through "rebuttable presumption" that there is "clear and convincing evidence" that the lyric is has a "factual nexus" linking it to an alleged crime.

"You do want to allow for judges and prosecutors and the legal system to be able to do their job, if people are committing these offenses, you don't want to take tools away from them," Bailey, an attorney, said. "But you want what they're proving to have a specific relationship [to the lyric]." 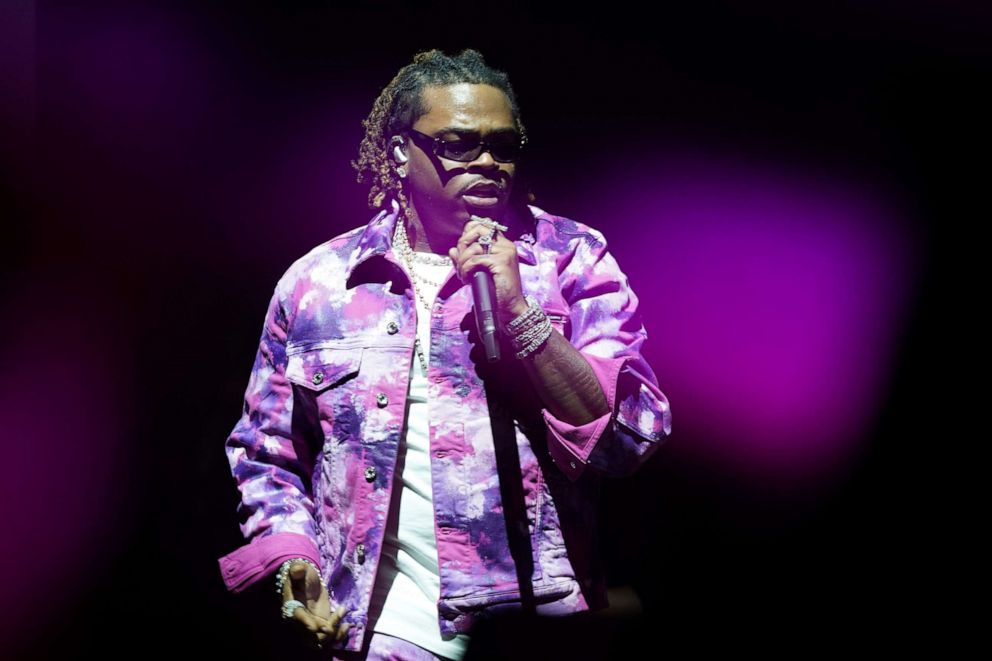 Attorneys for Kitchens argued in a motion for bond filed last week that the rapper didn't even write or perform some of the lyrics listed in the indictment.

"Music videos referenced are not part of a RICO conspiracy but are entertainment," attorneys for Kitchens said in the court filing obtained by ABC News.

"It is intensely problematic that the State relies on song lyrics as part of its allegations. These lyrics are an artist's creative expression and not a literal recounting of facts and circumstances."

Asked by ABC News about the use of lyrics in the case, Young Thug's attorney did not comment.

Bailey said that while it is "indisputable" that some artists draw from real life experiences when writing their lyrics, in hip-hop -- like any other genre -- the line is blurred between reality and art.