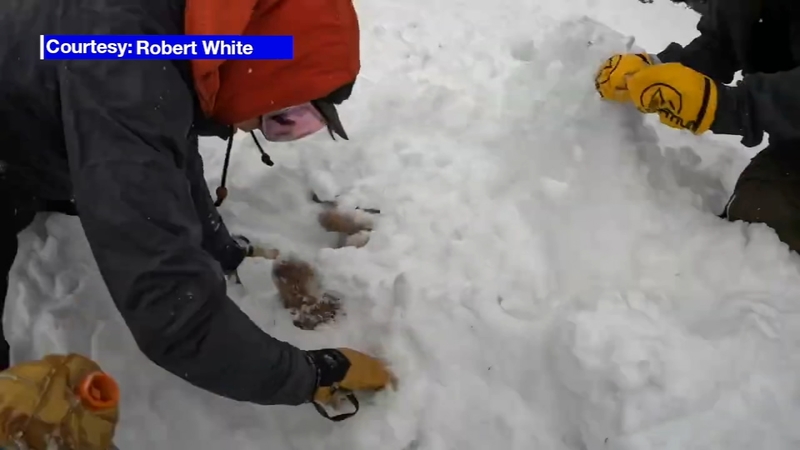 COLORADO (WABC) -- A pair of backcountry skiers were somehow able to locate a dog that had become buried beneath several feet of snow following a Colorado avalanche.

The two skiers had been looking for Apollo for more than 20 minutes.

They were ready to give up their search when one of them spotted a nose sticking out from the snow.

The men frantically began digging using their hands and shovels, and soon found the canine.

According to an avalanche center, 93% of human avalanche victims can be recovered alive if they are dug out within 15 minutes.