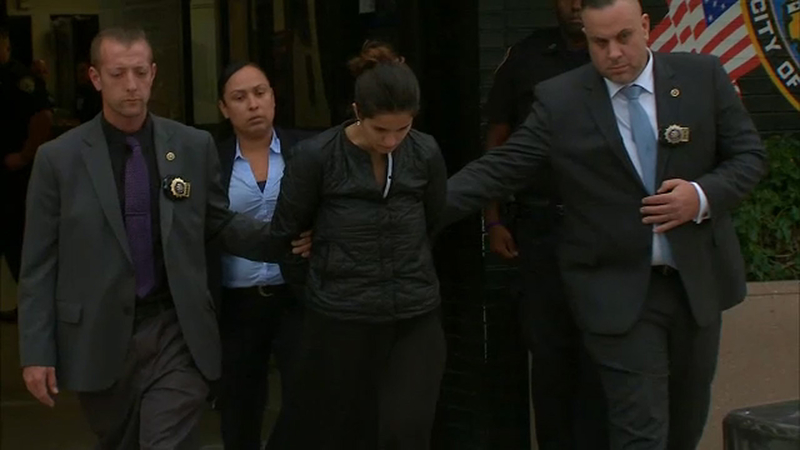 Mother accused of beating toddler son due in court

AUBURNDALE, Queens (WABC) -- A Queens mother charged with beating her 13-month-old son is due back in court Friday.

Tina Torabi, 30, was arrested earlier this month after her twins were found with bruises all over their bodies inside the family's Auburndale home.

Her baby girl, Elaina, died. But Torabi has not been charged with her death. Officials are still waiting for autopsy results for Elaina, who was found unconscious with bruises and wounds on her body.

The children's father, 31-year-old Mohammad Torabi, reportedly jumped off a Manhattan building, killing himself, in the days following the incident.

Tina had an order of protection against her estranged husband after he choked her in 2015. His relatives appear to own the Queens house, but he did not live there. He had an open arrest warrant for a child support violation in Nashville, Tennessee.