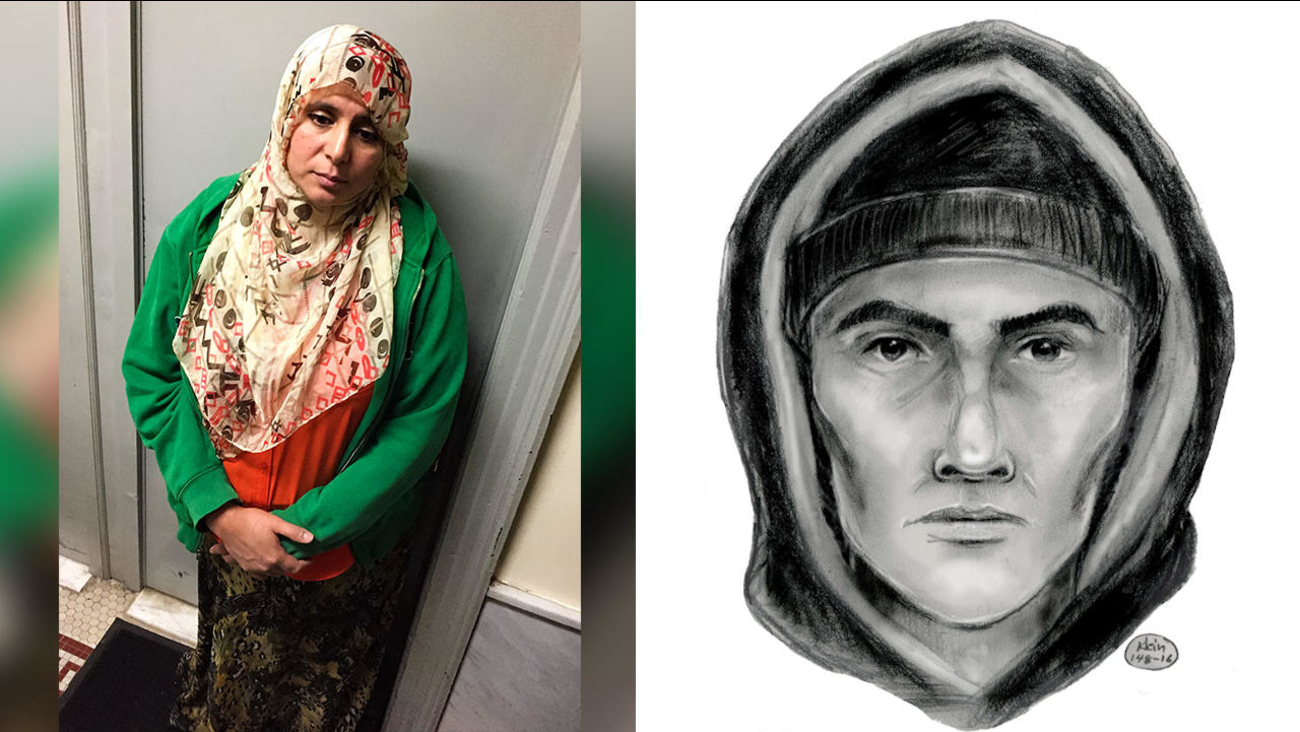 She got off the train at Grand Central Terminal where she says the man confronted her again and shoved her down the staircase.
"He pushed me down the stairs, yes," Salama said. "It's my first time I face something like that."

Police released a sketch of the man they say is responsible for this hate crime.