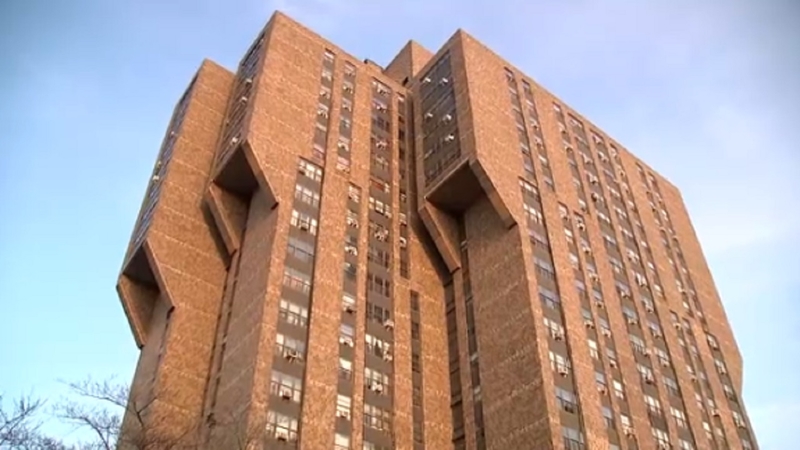 ALLERTON, The Bronx (WABC) -- Police arrested a 31-year-old suspect in connection with a violent home invasion that left an 89-year-old woman badly burned.

Ebony Graham faces charges of attempted murder, arson, robbery and criminal trespass stemming from Friday's attack in the Bronx, and police say that over two days, she attacked three people inside the NYCHA complex.

When the woman refused, police say Graham threw boiling water on the victim and set a couch on fire.

The victim's niece found her around 7 a.m. when she went to visit her aunt.

The victim remains in treatment for severe burns and is listed in stable condition.

It is unknown whether anything was taken from the apartment.

Graham was also charged with menacing and criminal possession of a weapon after taking out a knife in the hallway and attempting to attack a 77-year-old woman who was throwing out the trash.

Police also said the suspect tried to attack an 81-year-old woman on a different floor, and that victim, Beatrice Johnson, said she assumed the suspect was bringing a delivery she was expecting.

"She pushed in, she pushed me," Johnsons aid. "I was trying to push her back out because she wasn't that big, but I couldn't push her out. She pushed me out of the way."

Juliana Sanchez has been a home health aide in the building for years and knows the 77-year-old victim.

"He said that he was lucky she didn't have a weapon because if she did, he would've been dead," Sanchez said. "It hurts my heart to see that people are so cruel nowadays."

The seniors in the building say they feel especially vulnerable with no security. The front doors don't even lock, and anyone can walk right in.

She was scared enough to push an alert button she wears around her neck and thinks the beeping sounds scared away the suspect, who left her unhurt.

Police were already there and arrested Graham in the lobby, and because she was also wanted on a warrant from last year, she is now being held on $200,000 bail.

Police say Graham has an extensive criminal record with 11 arrests dating back to 2009, including three times in 2021.

Among the crimes she has been arrested for include robbery, drugs and prostitution.