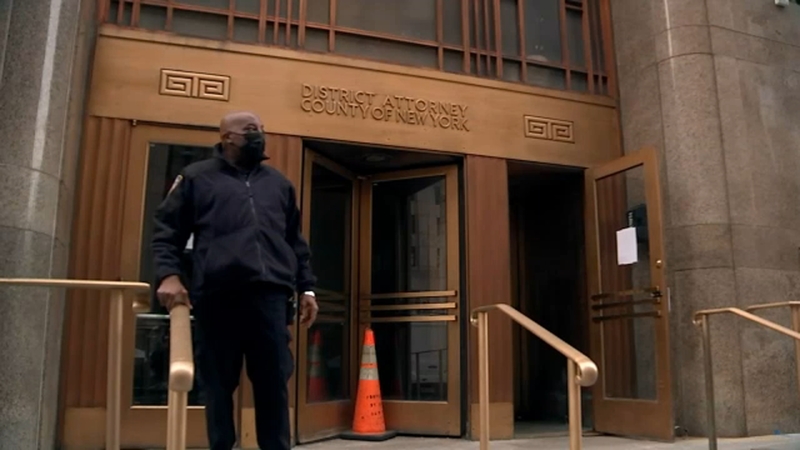 CHINATOWN, Manhattan (WABC) -- A 23-year-old Brooklyn man isn't facing hate crime charges after all after he allegedly stabbed an Asian man in the back because he told police he "didn't like the way he looked at him."

According to the criminal complaint, 23-year-old Salman Muflihi is charged with second-degree attempted murder, first- and second-degree assault, and third-degree criminal possession of a weapon.

Police initially indicated that the attack may have been racially motivated, but the Manhattan District Attorney's Office declined to prosecute the stabbing as a hate crime.

Investigators have nothing so far to indicate the defendant ever saw the victim's face prior to the attack, a law enforcement official told ABC News.

It was a stabbing from behind, as indicated by video recovered so far.

To prove a hate crime prosecutors would have to show the defendant intentionally targeted the victim on the basis of race. Typically, that is proved with statements related to race.

Mulfihi's victim is still in the hospital in critical condition after losing one of his kidneys and his adrenal gland, and suffering damage to his liver.

Muflihi pulled an eight-inch kitchen knife and stabbed the 36-year-old man while walking on Worth Street next to the Daniel Patrick Moynihan U.S. Courthouse in Chinatown around 6:20 p.m. Thursday, authorities said.

He told detectives he stabbed the victim "because he didn't like the way he looked at him" and also said to an officer "I stabbed that guy. If he dies, he dies. I don't give a f--k."

The knife lodged in his back and prevented him from bleeding out, possibly saving his life.

This latest crime against a person of Asian descent has gripped the neighborhood with fear.

"In normal times I'd be going for an outdoor run, grabbing groceries, grabbing dinner, something like that, and I don't that anymore," Jennifer Tam said.

Jennifer Tam is the co-founder of the grassroots organization, 'Welcome to Chinatown.'

"It's impossible to go around the neighborhood without sensing some sort of fear. And we've been feeling this way for the last year or so," Tam said. "And I've never felt unsafe living in Chinatown until the last year. Seeing what has happened to friends, to our elderly community."

"Because not only were we in such close proximity to me, but the fact that it happened to a younger man," she said. "And I've already been trying to deal and grapple with the fact that our elderly community has been targeted, but to now recognize that this really could happen to anybody."

They say he appears to be emotionally disturbed.

Many who live in the area say they don't feel safe amid the rash of attacks on those of Asian descent. Kathy Lee says she doesn't even like taking her dog Lily on walks anymore.

"It's just very sad," she said. "It keeps happening. Every week, you hear a news story."

That led her to warn her parents.

"'Don't go out too late or go out with somebody,'" she said.

Mayor Bill de Blasio spoke out about the city's renewed effort to confront hate crimes against Asians, saying they will not be tolerated.

"We're seeing an uptick in hatred directed at Asian-American New Yorkers, and this is thoroughly unacceptable and we will not stand for it," he said. "We will fight it."

Many say they're taking extra precautions, with some businesses even closing earlier to keep employees safe.

"It's incredible these things are happening," area resident Joe Mirabella said. "Why people hate? We're in this thing together. There's no room in life to hate anybody or discriminate against anybody. Life is too short and too difficult."