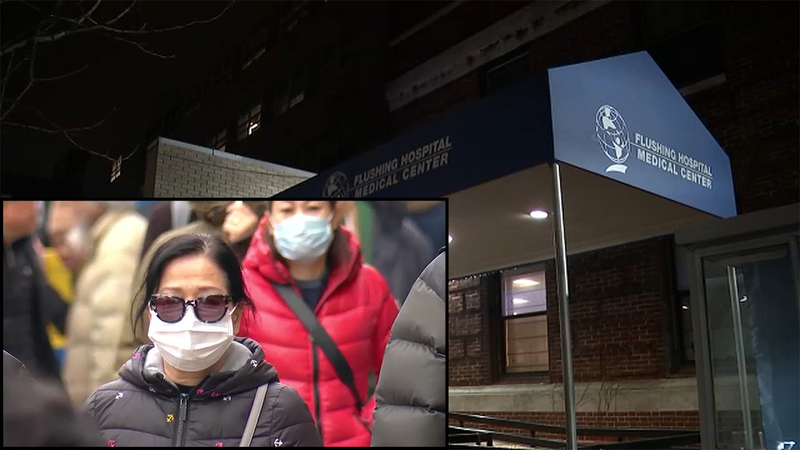 3 in NYC being tested for coronavirus

KIPS BAY, Manhattan (WABC) -- Three people in New York City are being tested for coronavirus, according the Department of Health, including one patient who is hospitalized at New York Presbyterian-Queens and is in stable condition.

Additionally, authorities say a 60-year-old who displayed fever symptoms and shortness of breath Sunday was hospitalized at Flushing Hospital Medical Center, and another person under 40 years old who spent time in mainland China arrived in the city on Thursday and called 911 on Friday after feeling symptoms.

Officials say that patient being tested did everything right, and that if the test is positive, they are ready to react to what would be the city's first confirmed case.

On Saturday morning, an ambulance brought that patient to Bellevue Hospital.

"The symptoms were fever, cough and a runny nose, like that simple," Health Commissioner Dr. Oxiris Barbot said. "And they did the right thing for everybody else by coming in and getting care."

Can you protect yourself from the coronavirus?
EMBED More News Videos

"Our radar's always set high, so we can screen these patients to stop it from affecting other people," said Patricia Tennill, of Bellevue Hospital.

RELATED: What is coronavirus?

Officials report the testing will take 36 to 48 hours and depends on CDC testing capacity.

The virus that started in the Wuhan section of China has now infected more than 17,000 people globally, killing at least 361. The U.S. has seen 11 confirmed cases so far, and New York is among 6 states looking into possible cases.

Governor Andrew Cuomo reported that at least 11 cases from New York have come back negative from the CDC.

Officials declared a public health emergency -- which means turning away foreign nationals who have been to China in the past 14 days. For American citizens, there are potential quarantine sites at four military locations in the West.

"If you yourself or anyone you know matches the criteria here, they have the symptoms, and they have a connection to travel to the affected areas of China, see a medical professional immediately," de Blasio said.