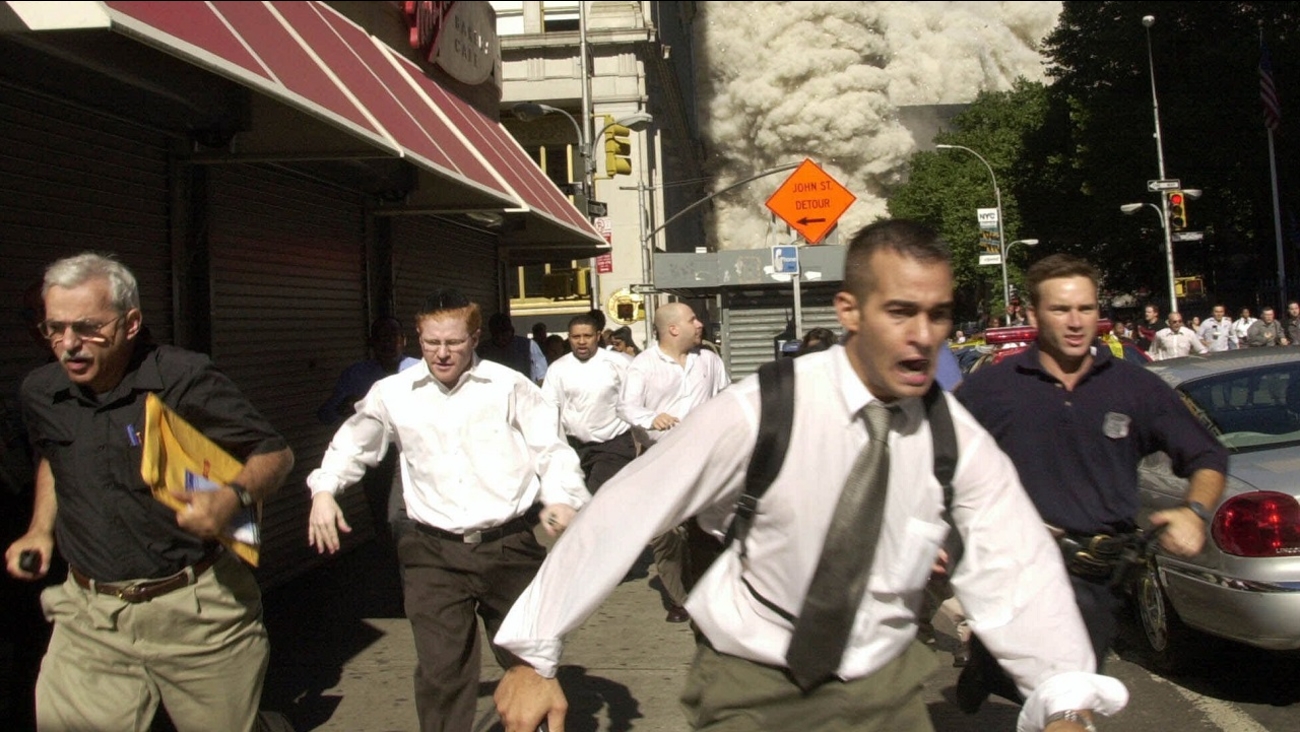 In this Sept. 11, 2001, file photo, people run from the collapse of one of the twin towers at the World Trade Center in New York. (Suzanne Plunkett, File)

DELRAY BEACH, Florida -- A man photographed fleeing smoke and debris as the south tower of the World Trade Center crumbled just a block away on Sept. 11, 2001, has died from coronavirus, his family said.

The Palm Beach Post reported that Stephen Cooper, an electrical engineer from New York who lived part-time in the Delray Beach, Florida area, died March 28 at Delray Medical Center due to COVID-19. He was 78.

The photo, captured by an Associated Press photographer, was published in newspapers and magazines around the world and is featured at the 9/11 Memorial Museum in New York.

"He didn't even know the photograph was taken," said Janet Rashes, Cooper's partner for 33 years. "All of a sudden, he's looking in Time magazine one day and he sees himself and says, 'Oh my God. That's me.' He was amazed. Couldn't believe it."

Rashes said Cooper was delivering documents near the World Trade Center, unaware of exactly what had happened that morning, when he heard a police officer yell, "You have to run."

The photo shows Cooper, who was 60 at the time, with a manila envelope tucked under his left arm. He and several other men were in a desperate sprint as a wall of debris from the collapsing tower looms behind them.

Cooper ducked to safety into a nearby subway station.

"Every year on 9/11, he would go looking for the magazine and say, 'Look, it's here again," said Jessica Rashes, Cooper's 27-year-old daughter. "He would bring it to family barbecues, parties, anywhere he could show it off."

Susan Gould, a longtime friend, said Cooper was proud of the photo, purchasing multiple copies of Time and handing them out "like a calling card." She said Cooper shrank a copy of the photo, laminated it, and kept it in his wallet.

"Stephen was a character," Gould said.

Suzanne Plunkett, the Associated Press photographer who snapped the shot, wrote that she's been in touch with two of the people in the photo, but Cooper was not among them.

"It is a shame I was never aware of the identity of Mr. Cooper," Plunkett wrote after his death in an email to The Palm Beach Post.