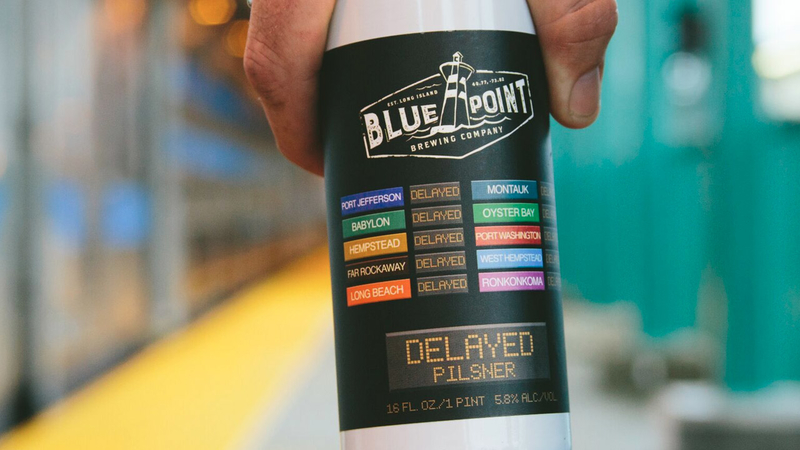 The brewery posted:
Great news - your train is DELAYED. And whether it's 2 minutes or 2 hours, it's scientifically proven that delays are the bane of any New Yorker's existence. But fear not, we've brewed the ultimate beer to get you through the Summer of Hell: DELAYED PILSNER.

Blue Point president Todd Ahsmann says he and his employees have spent plenty of time at the Manhattan station waiting for delayed Long Island Rail Road trains to take them back home. The brewery came up with the idea after Gov. Andrew Cuomo said construction at Penn Station could result in a "summer of hell" for commuters.