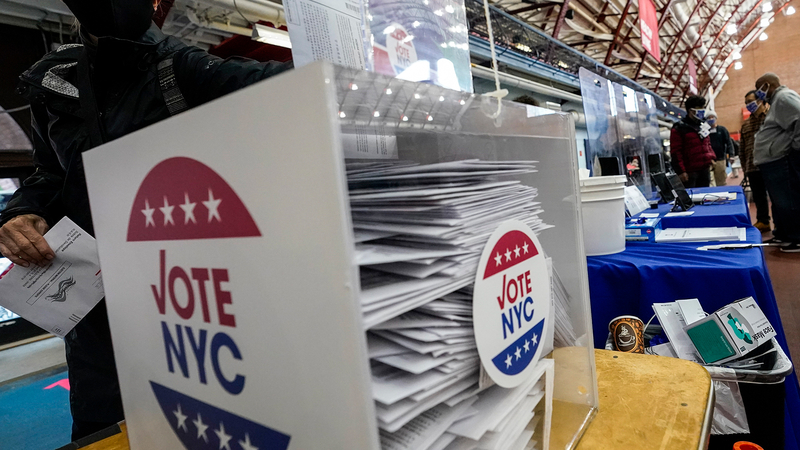 NEW YORK (WABC) -- New Yorkers began going to the polls Saturday to cast early votes in a primary election that could determine whether Gov. Kathy Hochul keeps her job.

Select polling places will be open for early votes across the state through June 26, ahead of the June 28 primary.

Primary races for lieutenant governor, state Assembly and judicial delegates are also on the ballot.

Democrats have an outsized voter registration edge in New York, but Republicans are hoping to win over suburban and rural voters by blaming Democrats for crime and sluggish economic gains outside of New York City.

New Yorkers can again choose to vote by absentee ballot rather than face the risk of catching COVID-19 at polling sites through the rest of 2022.

New York will hold another primary Aug. 23 for state Senate and U.S. House races. The primary election for those offices was delayed because of a legal fight over Democrats' efforts to gerrymander new political district maps.

Those maps were ultimately thrown out by courts, which declared that they had been enacted improperly, and redrawn under a judge's supervision.

The state chapter of the League of Women Voters and a small group of Democrats and Republicans, sued by mid-May to delay the state Assembly primary. But their legal efforts floundered, with judges in several rulings saying it's simply too late to delay the June primary.

The office of the state attorney general has opened its election protection hotline to help voters who encounter issues: 866-390-2992.