Man accused of kicking 89-year-old woman in Brooklyn has 48 prior arrests, according to police 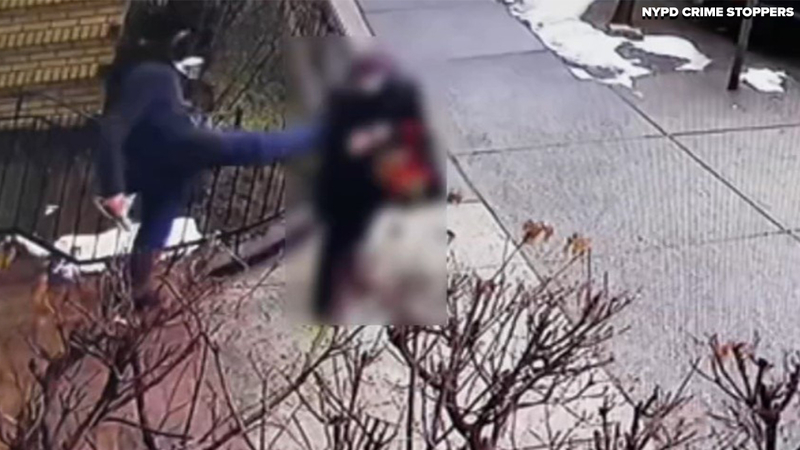 FLATBUSH, Brooklyn (WABC) -- A man with dozens of prior arrests was apprehended Wednesday morning for kicking an 89-year-old woman, according to police.

Thirty-nine-year-old Semen Tetruashvili approached the elderly woman standing on a sidewalk in Flatbush, Brooklyn and kicked her in the back causing her to fall to the ground.

The victim suffered bruising to her head and body.

Tetruashvili was taken into custody two blocks from where the incident occurred, and was charged with assault, reckless endangerment and menacing.

He is also charged with four counts of criminal trespass for incidents dating back to December.

Tetruashvili has 48 prior arrests, including numerous assaults, and is known to the Flatbush Shomrim community patrol, who aided police in making the arrest.

He has assaulted older neighborhood residents in the past. In Aug 2016, he punched a 65-year-old man in an unprovoked attack.