'The Mayor' hopes to win over viewers with laughs 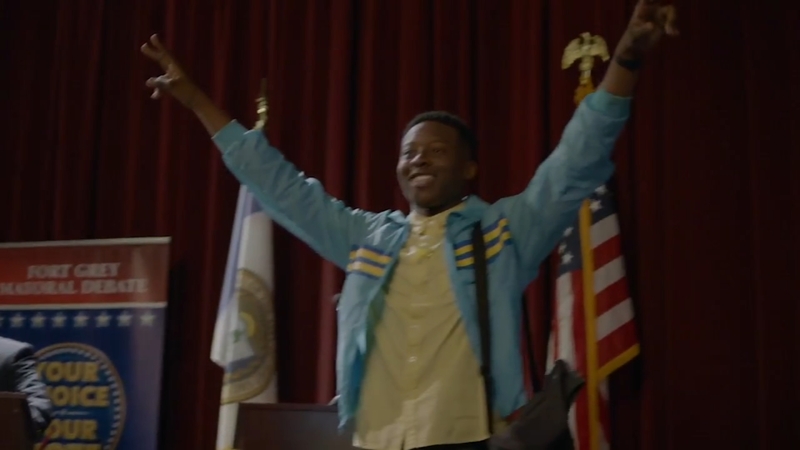 NEW YORK (WABC) -- A struggling rapper asks his mother, "what happened?" Mom replies, "What happened is: you. The Mayor!"

So begins a new TV comedy in which a political outsider gets elected. It's a new ABC series developed with the help of Daveed Diggs, who became a star on Broadway in "Hamilton."

Diggs explains the rapper runs for mayor as a publicity stunt and actually wins, and then has to figure out how to run a city!

Diggs serves as one of the executive producers of "The Mayor," but he has no plans to appear alongside Brandon Micheal Hall, as the rapper turned politician, and Yvette Nicole Brown, as his mom.

I talked to both in LA, and she told me her young co-star is "very charismatic."

"He is, but he's a good charismatic cuz some people are charismatic and they use it to get what they want in life, and he uses it as a way to include people and bring everyone in," Brown said.

Hall's real mom was a preacher, and the actor graduated from Manhattan's prestigious Julliard School -- an institution the young actor credits with a big part of his success.

"The people we were able to talk to, they just imbued us with so much, much more inspiration," he said. "And so when I got out and I started booking work, I was like I could go in there confident."

Confidence he puts to good work as "The Mayor" helping his character, 'Courtney Brown' navigate his new job is his former high school lab partner who is now a political consultant played by Lea Michele.

She tells him, "Don't worry! You have nothing to lose except your street cred, your dignity, and your self respect!"

Lea Michele was born in the Bronx, came to fame on Broadway in the musical "Spring Awakening," then became even better known thanks to the TV series, "Glee." Except for a brief appearance on "The SImpsons", this is her first half hour, comedy series.

"I loved this script so much," the star told me. "It was fun and lighthearted, but it also created a good element for me where I felt as an actor I needed to stretch my muscles a little bit."

"The Mayor" actress Lea Michelle shares her secret to sucess and how she uses social media.

Turns out she is funny, has great timing, and has clearly conquered another format!