WABC
By Eyewitness News
KIPS BAY, Manhattan (WABC) -- The heartbroken family of one of the young men killed in Sunday night's helicopter crash in the East River is speaking out for the first time, talking to Eyewitness News.

Tristan Hill was engaged to be married. Not only are his family and friends mourning his loss, they want to know how this could have happened.

He had started a company called Sightsy, a new kind of guidebook for tourists. And he was experiencing all the different things tourists could do.

That's what he was doing on that sunset doors open flight, before it all ended.

Brendan Hill is the baby brother. "It's devastating to me man, I'm losing my uh, my best friend, one of my biggest role models," he said.

Iain is the eldest. "That was the last thing he knew, being alone and scared in that helicopter by himself," said Ian.

Tristan was in the middle, only 29. And Sunday night, they lost him.

"I'm having such a tough time letting him go. It's surreal, I'm in a dream really hoping that I wake up soon but I'm not asleep. This is my, my horrible reality," said Brendan.

The newly minted New Yorker was one of the five passengers on that doomed tour chopper when it went down in the East River.

His fiance had stayed behind at the last minute so he could take a business associate, Daniel Thompson.

11 minutes after takeoff, the pilot claims a passenger's harness brushed a fuel cutoff valve, starved the engine, and launched the improbable sequene of events that ended in tragedy.

"Literally everything had to go wrong. For what happened to have happened. And sadly enough everything did," said Brendan.

"We very much look forward to more information cause right now it's hard not to seethe," said Iain.

Hard not to seethe at the inflatable pontoons, meant to keep the chopper upright, which somehow failed.

Hard not to seethe at the harness that tethered Tristan a dead weight as it sank in the murky river.

But for now they still don't know whom to be angry at. And so for now, they're trying not to be angry. That, they say, is what Tristan would want.

"He lived a life of a man who had no fear. And that's inspirational. I'm gonna try to emulate that from here on out," said Brendan.

"He lived a life of a man well beyond his 80s and he did it in 29 years. He brought people together, he stood for things he believed in and he worked hard. And that's good enough for me," said Iain.

One other victim's family has already filed suit against Liberty Helicopters, which owned and operated the chopper. But the Hill family says they haven't decided what to do about that yet.

For its part, the helicopter company announced Wednesday it would suspend all open door photography flights like Sunday night's until the NTSB can compete its investigation.

RELATED: Who are the victims of the East River helicopter crash

RELATED: Crash is third involving Liberty Helicopters in past 11 years 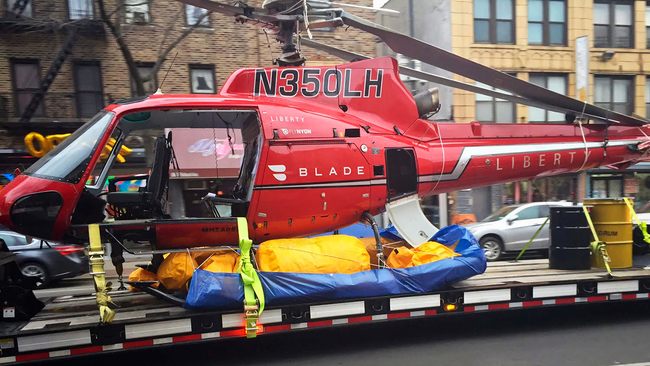 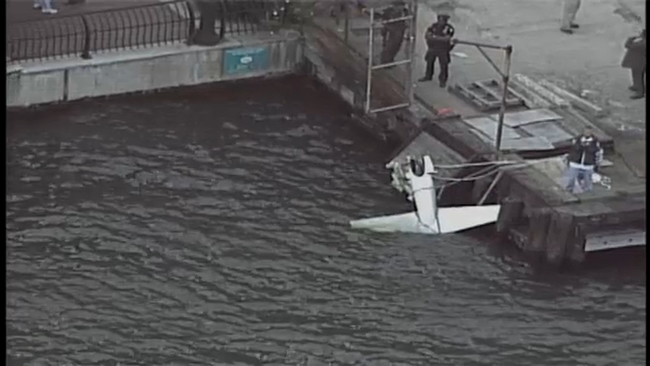 Fatal helicopter crash is third involving company in past 11 years