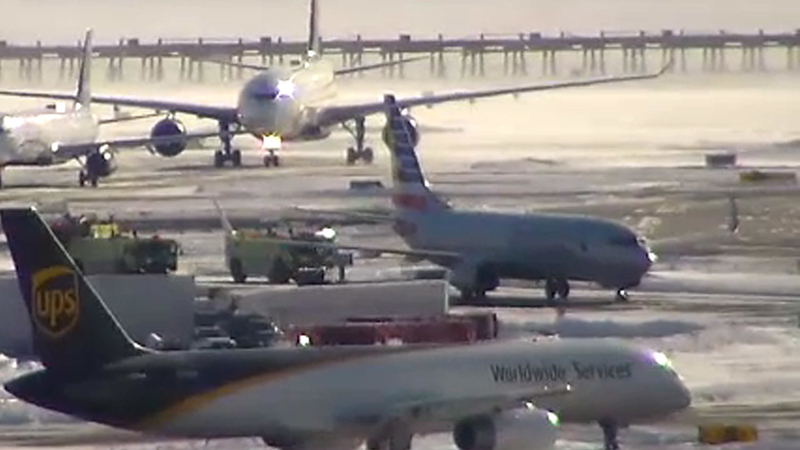 JAMAICA, Queens (WABC) -- A flight to Mexico out of New York City's JFK Airport had to turn around and make an emergency landing after the plane experienced some sort of mechanical problem after takeoff Friday.

American Airlines Flight 2681 to Cancun took off just after 1 p.m. and encountered an engine-related issue, the FAA said.

Port Authority police said there was a report of an engine fire. The Boeing 738 landed safely at JFK at 1:20 p.m.

"The crew declared an emergency after the flight departed Kennedy Airport due to an engine-related issue," the FAA said in a statement.

The Port Authority Police union posted a photo of the plane, saying there was no evidence of a fire.

American Airlines said the plane will be checked out.