4-alarm fire forces several families out into the cold in Fordham, Bronx 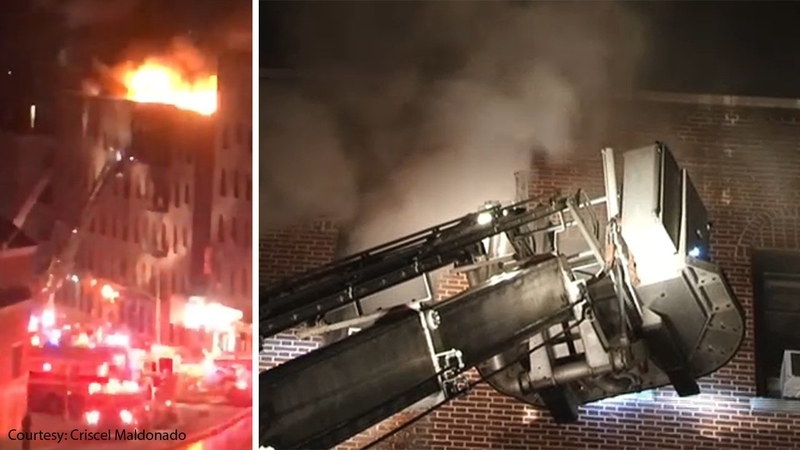 4-alarm Bronx fire forces several families out into the cold

FORDHAM, Bronx (WABC) -- A four-alarm fire burned through an apartment building in the Bronx, forcing families into the cold.

The fire broke out on the fourth floor of the building on East 194th Street in the Fordham section just after 11:15 p.m. Tuesday.

Fire spread into the cockloft and through the roof of the five-story apartment building.

It took several hours to get the flames under control.

At least 13 families consisting of 29 adults and nine children were left homeless and are being assisted by the Red Cross.

Hours later, some neighbors braved the icy steps to venture back in and save some of their belongings.

With the sun out on Wednesday, the ice started melting. The building super started to clean up some of the mess.

He said he's just thankful no one died.

"People moved fast. Everybody got out and the department of fire take care of the situation right away," Julian Ricado said. "They did a good job."

Daylight revealed the extent of the damage, with virtually every window on the top floor of this building broken, and the destruction continuing to the bottom floor.

A Laundromat suffered water damage from a broken pipe and extensive clean up is underway.