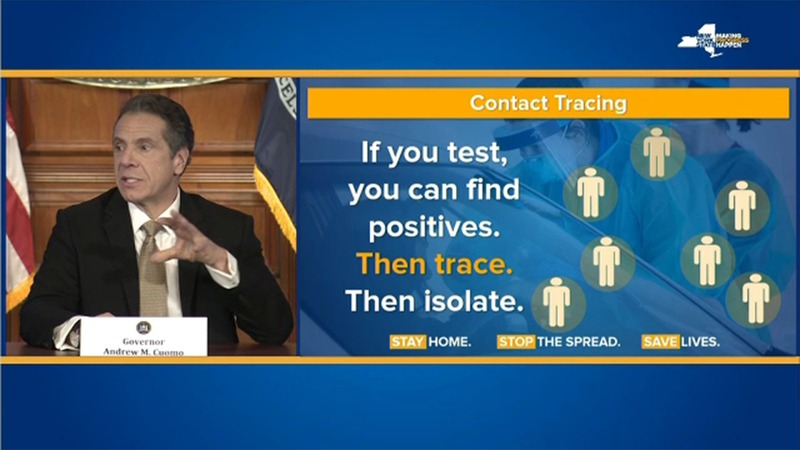 Governor Cuomo said New York will work with New Jersey and Connecticut, accounting for the large number of people who commute into New York City for work, to create a nation-leading contact tracing "army."

"This entire operation has never been done before. So It's intimidating," Cuomo said. "But I say 'so what?' Who cares that you've never done it. That's really irrelevant, it's what we have to do now, so figure out how to do it."

Wide-scale testing, tracing and isolation are considered crucial to taming the outbreak in the hard-hit region. 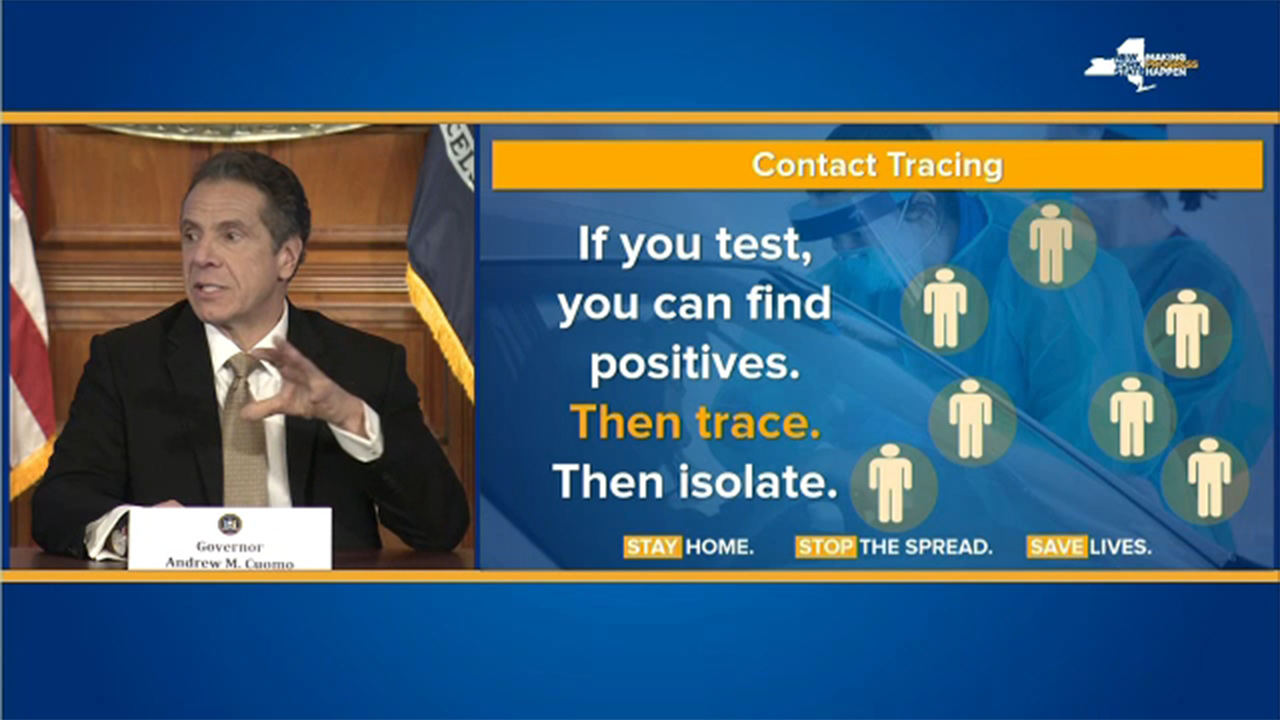 "It all has to be coordinated. There is no tracing that can work with one jurisdiction," Cuomo said at his daily briefing.

As part of the plan, the Governor has set a goal of 40,000 tests being processed per day.

That would double New York's current output and is near the maximum that the state's roughly 300 labs can output daily.

The governor said that "we will literally need thousands" of people to trace the contacts of infected people. The state currently has just 225 tracers with almost 500 more in New York City and its suburbs, and their efforts to contain the virus by finding people who had contact with the sick fell apart quickly as huge numbers of people in the region fell ill.

Cuomo said they will start to build a greater force of disease detectives by drawing from 35,000 medical field students at state and city universities, as well as from the state health department and other agencies. The Bloomberg School of Public Health at Johns Hopkins University will create an online curriculum and training program. 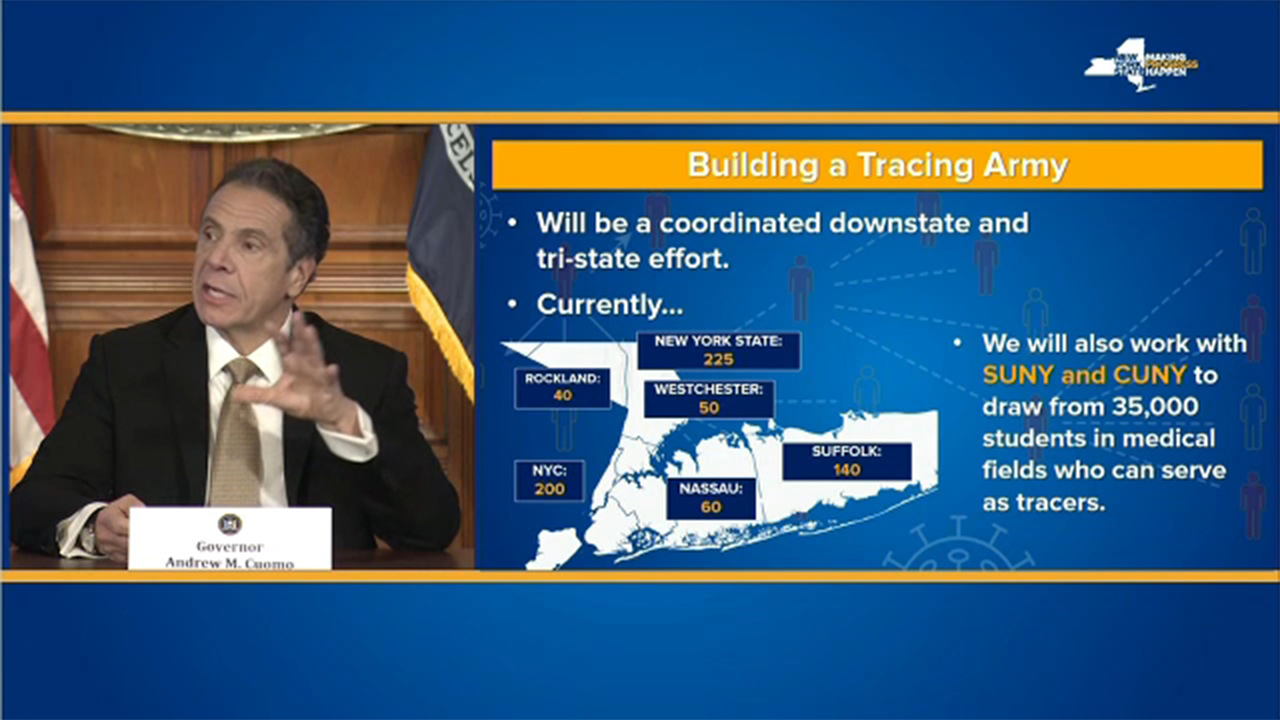 Governor Cuomo lauded Bloomberg's experience both in the public and private sector.

"It is going to require a lot of attention, a lot of insight, a lot of experience and a lot of resources," Cuomo said.

Bloomberg and Bloomberg Philanthropies will help build and run the program. The philanthropic group also will contribute $10.5 million. Bloomberg, in a prepared statement said the ramped up testing and tracing "will help us drive the virus into a corner."

New York City, with more than 8 million people. is an epicenter of the pandemic and tracing infected people in the wider metropolitan area will be a gargantuan task.

Speaking shortly before Cuomo, Mayor de Blasio laid out the plan to test all New York City residents for coronavirus and trace all individuals who came in close contact with a person who tested positive.

"It's what you have deserved all along had there been the testing from day one," de Blasio said. "This is what we could have done so much more of in the very beginning to contain this disease, but now this is ultimately how we defeat this disease."

The mayor said once widespread testing for the virus is available the city will need as many as 5,000 to 10,000 contact tracers including city workers and employees of nonprofit groups that work with the city.

Under the plan, those who test positive will immediately be assessed and isolated at home or in a hospital or hotel.

The city will provide transportation from the individual's home to where they will be isolated and will be provided with food, laundry, pharmacy, and remote medical checks.

The Mayor says a plan of this size would take hundreds of thousands of people working on it as well as more testing, more protective personal equipment for medical personnel and more location sites for testing sites to happen.

De Blasio said that while these aspects are not in place right now, he expects them to be in place next month.

"We have to do it. To borrow from Apollo 13, failure is not an option. We have to find a way to do it," de Blasio said.

New York has $1.3 billion from the federal government available to pay for tracing, Cuomo said.