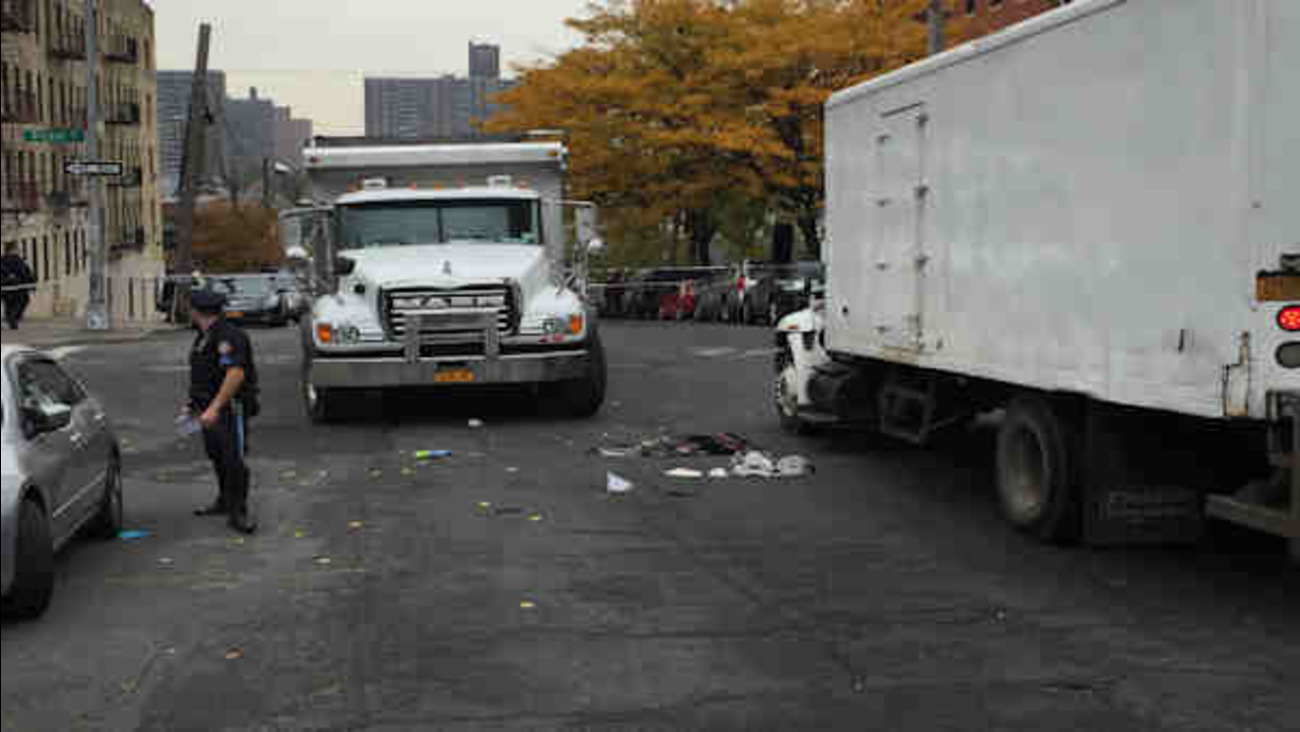 BRONX, N.Y. (WABC) -- A woman was killed when she was hit by a commercial truck Thursday while crossing a street in the Bronx.

Around 8:30 a.m., Floria Burton, 55, of the Bronx, was struck at Seneca and Bryant avenues in Hunts Point, then taken to Lincoln hospital with severe trauma where she was pronounced dead.

According to the New York City Police Department, Burton had been trying to cross the street on Seneca at the intersection of Bryant when she was struck by a commercial Mack Dump Truck. The truck had been traveling west on Seneca.