3 men slashed with a machete outside restaurant in Jackson Heights, Queens 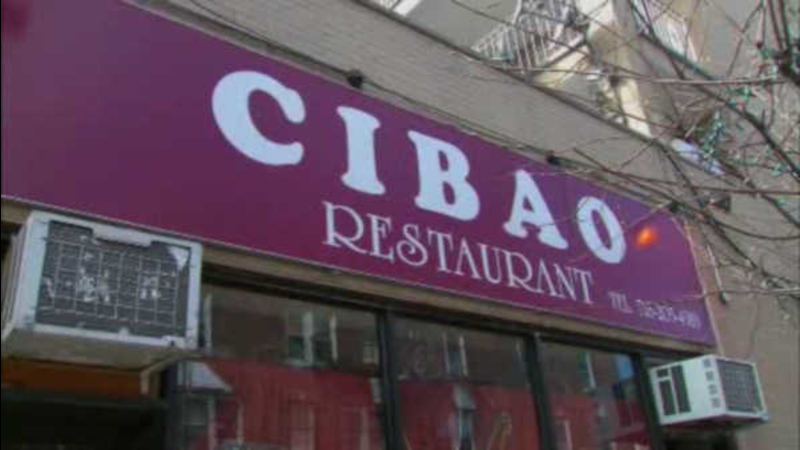 Police searching for man with machete in Queens

JACKSON HEIGHTS, Queens (WABC) -- Workers at a Queens restaurant did not want to talk, but they were left with the grim task of cleaning up the aftermath. The sidewalk in front of Cibao on 105th Street is soaked with bleach because early Sunday morning it was drenched in blood.

No one died, but three people were seriously injured after being attacked with a machete around 5 a.m. The victims were standing outside the restaurant and bar when they were slashed.

Police say the fight started over comments made to a man about his girlfriend. The victims, ages 20, 23 and 32 suffered injuries to the head, hands and wrist. On Sunday afternoon, detectives returned to the scene looking for surveillance video.

In the meantime, residents say is just the latest incident in what they call a 'neighborhood trouble spot'.

"There's always fighting, they break windows, it gets crazy outside...fights. It is crazy," said Esther Cornell.

The victims are all hospitalized, but are expected to survive. The suspect took off, but is known to the victims. So far, there is no word of any arrests.