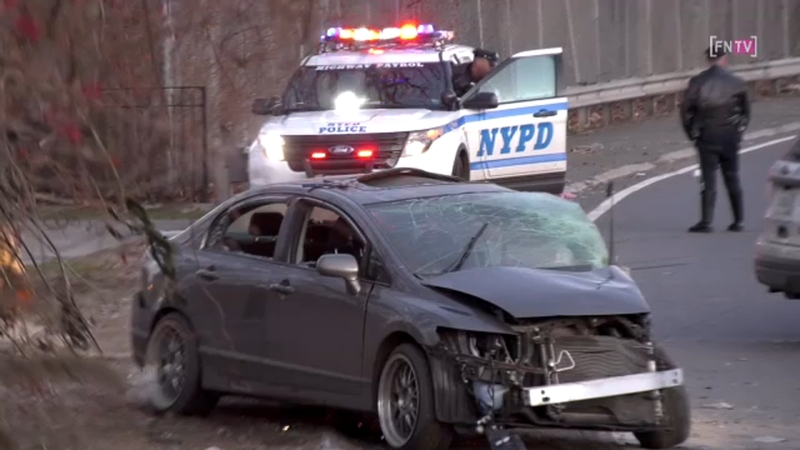 THE BRONX (WABC) -- Police are looking for the driver who slammed into a car on the Major Deegan Expressway and then took off, leaving one person critically injured.

The crash happened just before 7 a.m. Saturday morning in the Bronx near Exit 5.

Three people were in the car that was hit.

The 27-year-old male driver and a 37-year-old female passenger suffered minor injuries and are expected to be okay.

A man in his 30s was a passenger in the backseat, he has a head injury and is not expected to survive.

Police have not released any information about the car that hit them.