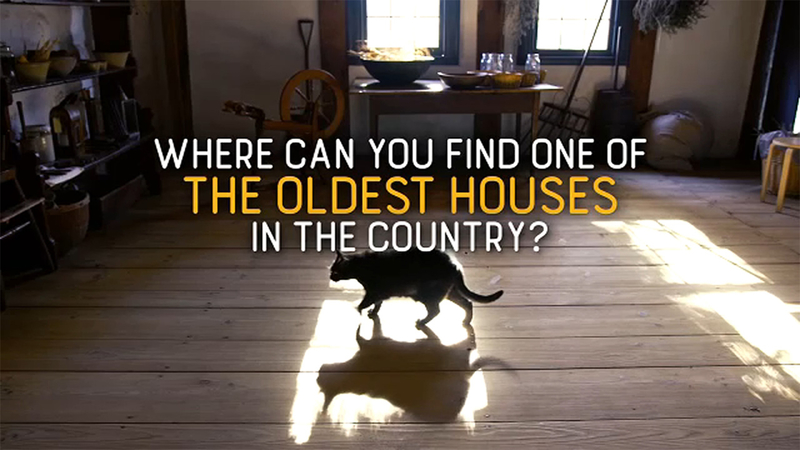 BROOKLYN, New York (WABC) -- The oldest structure in New York City dates back to the 1600s, and it's still standing in what is now known as Brooklyn.

The first part of the house was built by Pieter Wyckoff circa 1652 in what would later become Brooklyn.

The Dutch Colonial house has a gable roof, pine floorboards and low ceilings which helped trap heat in the winter.

The original fireplace is still intact and framed with tiles imported from Holland.

A section of exposed wall shows off the house's original construction and design.

The Wyckoff family occupied the land for eight straight generations, adding and expanding until the house had six rooms and three fireplaces.

The Wyckoff House Museum is open to the public via guided tour on Fridays and Saturdays.