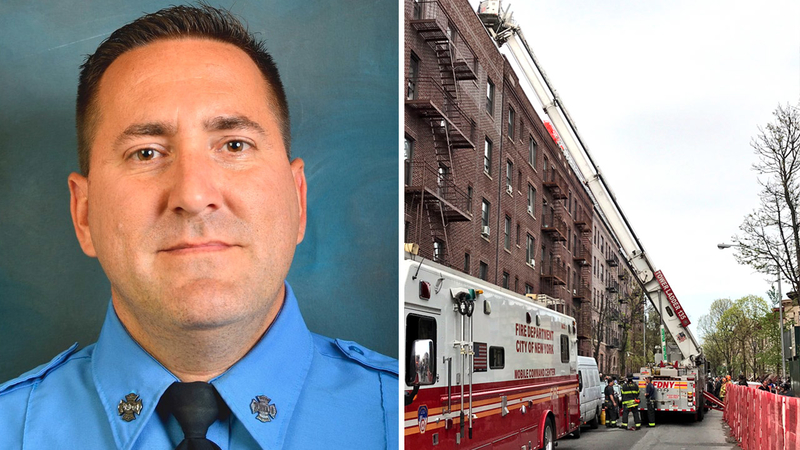 RIDGEWOOD, Queens (WABC) -- The investigation into the death of a 14-year veteran firefighter of the FDNY in Queens will center on the firetruck ladder he was trying to use and the immediate moments before he fell.