Residents on Long Island felt the impact of Elsa Friday, which arrived as a tropical storm and brought coastal flooding and power problems.

NEW YORK (WABC) -- Residents on Long Island felt the impact of Elsa Friday, which arrived as a tropical storm and brought coastal flooding and power problems.

Powerful winds hit near the south shores and east end of Long Island, and even after Elsa departed and weakened to a post-tropical cyclone, dangerous rip currents and high surf persisted along the beaches.

PSEG reported some 9,000 customers without power as a result of the storm.

"PSEG has added about a thousand folks from out of town just to make sure they've covered all their bases," Nassau County Executive Laura Curran said.

Of higher concern, Curran said, was the saturated ground from all of the rain.

"Especially along the coastland, we've had several downed trees over the past several days," she said. "We have crews out there checking our storm drains and we have had a few trees down overnight with just the moisture and the wetness."

The LIRR's Oyster Bay Branch was suspended around 9 a.m. due to multiple fallen trees on the tracks.

Some parts of Long Island received as much as 4 inches of rain.

There were 17 flooded roads, dozens of trees down, and some wires down, according to Curran, and several cars had to be pulled from flood waters in Glen Cove.

Out of 500 police calls, there were 38 accidents and numerous vehicles stuck in the water.

Still, through it all, Curran said Nassau County fared well through the storm.

RELATED: Tracking Elsa: What the Tri-State can expect

Still, it wasn't smooth sailing for everyone. At least one restaurant along Route 110 in Melville had to close on Friday because of water that came into the store.

Carter Brown, manager of Bagel Biz, said employees watched as the water started to come in around 7:15 a.m.

"We thought it was going to be a dangerous situation because of the severity of the storm," he said.

Brown said they asked customers to leave the store at that time.

Workers were still sopping up the water into Friday afternoon.

Next door to Bagel Biz, the owner of Murphy's Music showed Eyewitness News reporter Kristin Thorne about an inch of water in his basement.

Jeff Frohman showed us a 6-inch hole he made with a sledgehammer in the basement floor in order to give the water someplace to go.

Frohman said the water started to come into the basement during Thursday night's storms, so he knew the rain during Elsa was going to be bad.

A few cars also got stuck in high water behind the stores and had to be towed away.

--Downed wires should always be considered "live." Stay at least 30 feet away from downed power lines, and don't go near the pole or anything touching the line. Immediately call PSEG at 800-490-0075 to report downed wires and dial 911 if an imminent hazard exists.

--Downed lines can potentially be hidden in standing water. If you encounter large pools of standing water, stop, back up and choose another path.

--To prevent carbon monoxide poisoning, do not run any gasoline-powered generators in a garage or any other enclosed space.

Preparing for Elsa across the Tri-State 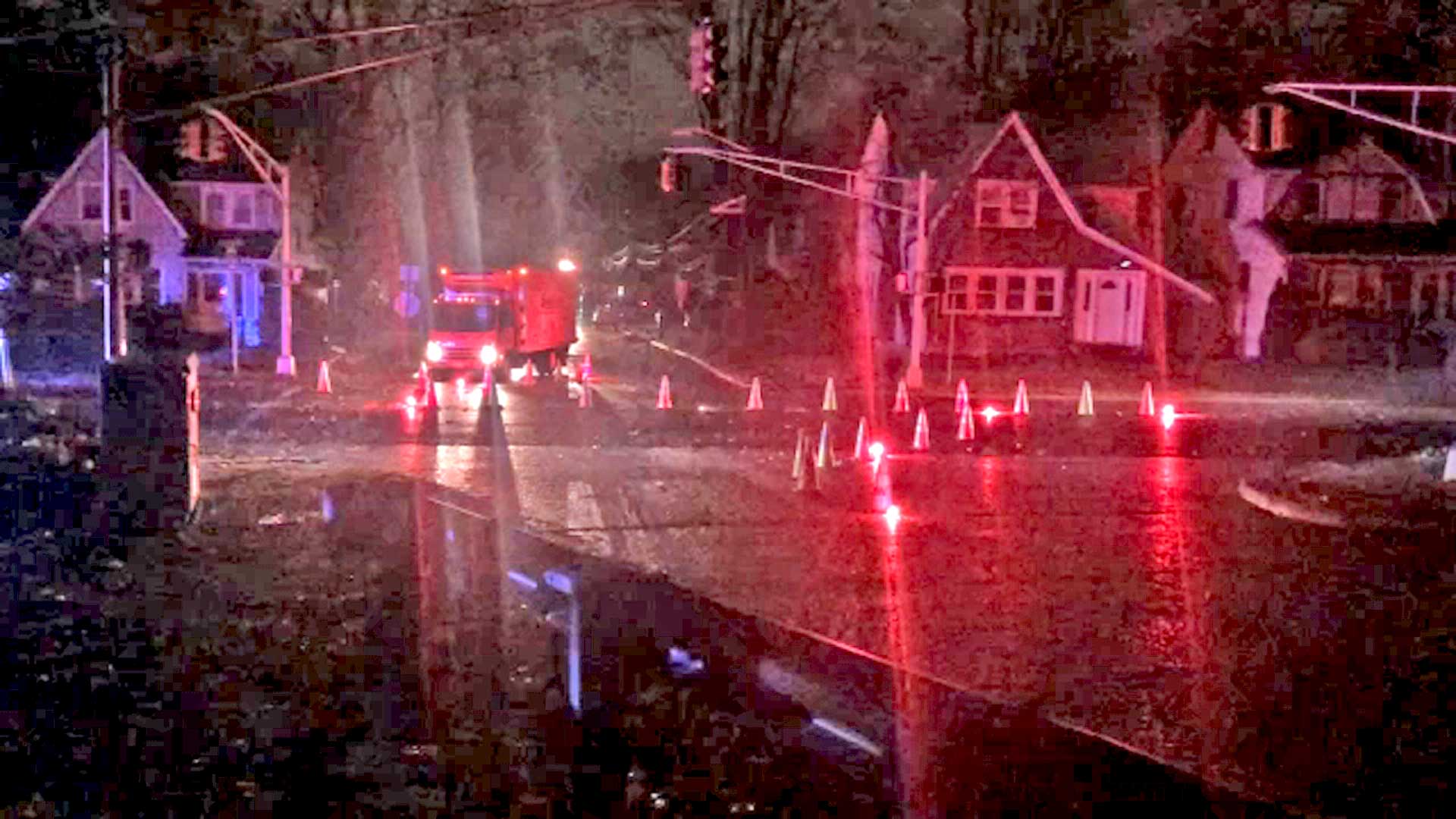