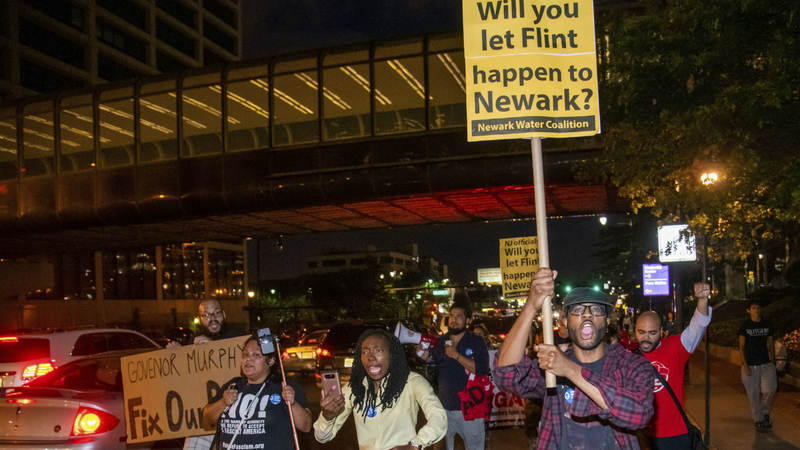 The city will receive a $120 million bond from Essex County for the project to help speed up the process of replacing the pipes, which officials say are contaminating the water supply.

The deal comes weeks after high lead levels were detected in the city's water system.

It was standing room only inside the rotunda of Newark City Hall Tuesday night after the announcement of the bond program.

The city is making it clear it has to be a group effort. "We have 18,000 homes that we have to get signatures of, because we don't have the right to change people's service line right now legally without their permission," said Mayor Ras Baraka.

The city posted a call for help on social media, asking Newark residents to sign up to go door to door to get those signatures.

"We have a lot of homebound people and I'd like to volunteer my vehicle and services to get water to them, to get information to them," said Chaplain James E. Berry, a Newark resident.

"I see the light at the end of the tunnel," said Douglas Bell, President of the Ivy Hill Neighborhood Association. "I believe once we change the water lines and once the chemicals begin to work we will be able to solve the problem in Newark."

A number of residents at the meeting said they were eager to help, even though some said they didn't get what they came for.

"I'm more frustrated than when I walked in," said Newark resident Yvonne Patterson. "We came to get information, We couldn't even hear. There was no microphone. People were struggling, we had seniors who were standing on the periphery."

But the city says this is just the first of many information sessions to try to alleviate those frustrations.

"The whole issue is frustrating," said Baraka. "Lead service lines, lead in the water, there's a lot of misinformation. So people are frustrated about the different pieces of information they are getting. We're trying to make them clear, and ultimately what the goal is today."